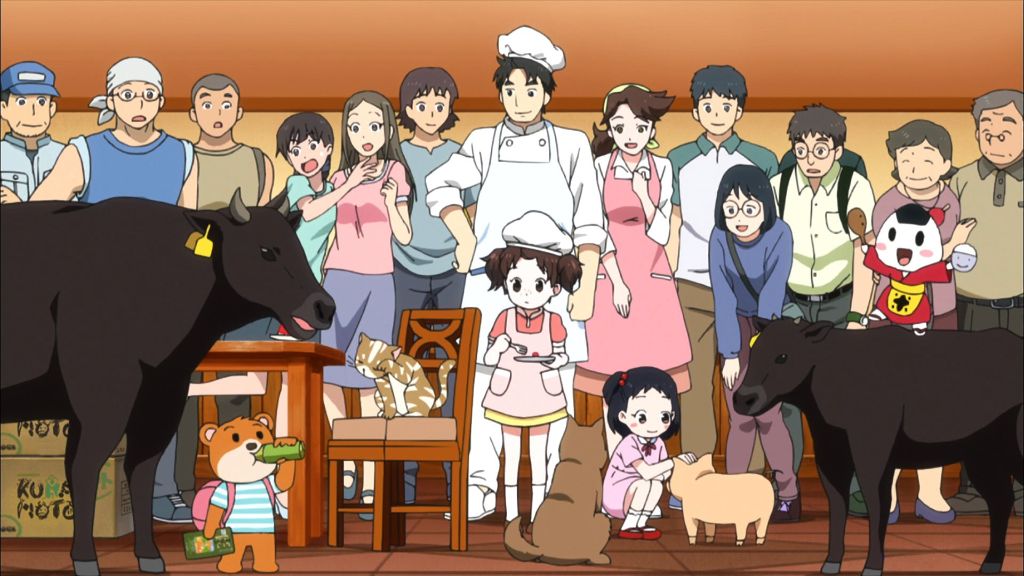 The website for Kumamoto Prefecture Agricultural Cooperative Union began streaming a one-and-a-half minute animated advertisement last Wednesday. The short, titled “Nikoyaka Shokudō” (Smiling Restaurant), highlights 4 produces of the prefecture: meat (niku), rice (kome), vegetables (yasai), and fruit (kajitsu). As you can hear in the jingle playing throughout the ad, the word Nikoyaka comes from the first syllables of the 4 words.

Production for the video actually began in February, but the Kumamoto Earthquakes delayed the debut of the advertisement until recently.  The short-and-sweet ad basically shows the activities in the family-run titular restaurant seen through the eye of the owner’s little daughter. The animation, featuring mouthwatering shots of sizzling meats and steaming rice among others, is handled by Encourage Films, with directing from Koji Aritomi.

Aritomi is an ex-Ghibli animator that started his career as production assistant for the renowned studio. Previously, he worked in projects such as Only Yesterday, Porco Rosso, Whisper of the Heart, and Princess Mononoke. Outside of Ghibli, he worked as Episode Director for several episodes of TV animes, including Kill la Kill, Space Brothers, and Terraformars.

What do you think of the short, Arama! readers? Does it successfully tempt you into going to Kumamoto?