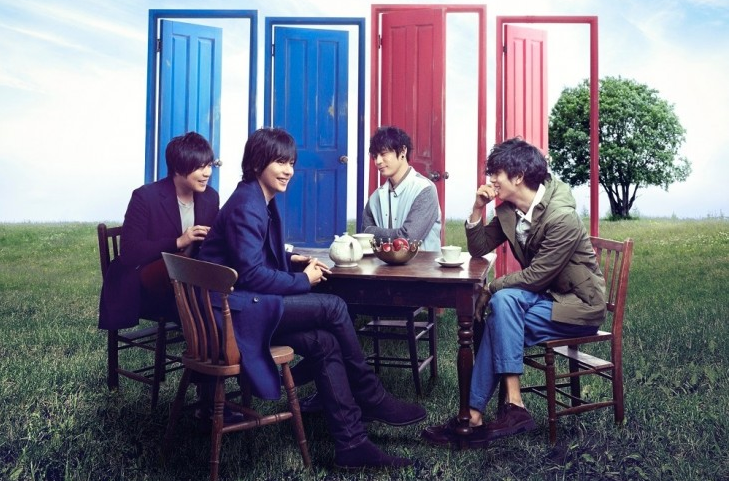 The CD consists of three acoustic songs and the song “Daisuki datta”, currently used as theme song to Fuji TV’s Mezamashi TV. Those who purchased the CD will receive a “Four Rooms Key Card”, tied to “flumpool MANATSU NO YAGAI LIVE 2015 “FOR ROOTS” ~OSAKA FIELDS FEVER~” on August 8 and 9. Card bearers will be able to participate in the special events.

A special movie for “Daisuki datta” was released, which also features vocalist Yamamura Ryuta’s speech at flumpool’s surprise performance at a Coming of Age event in Osaka. Check out the video below.