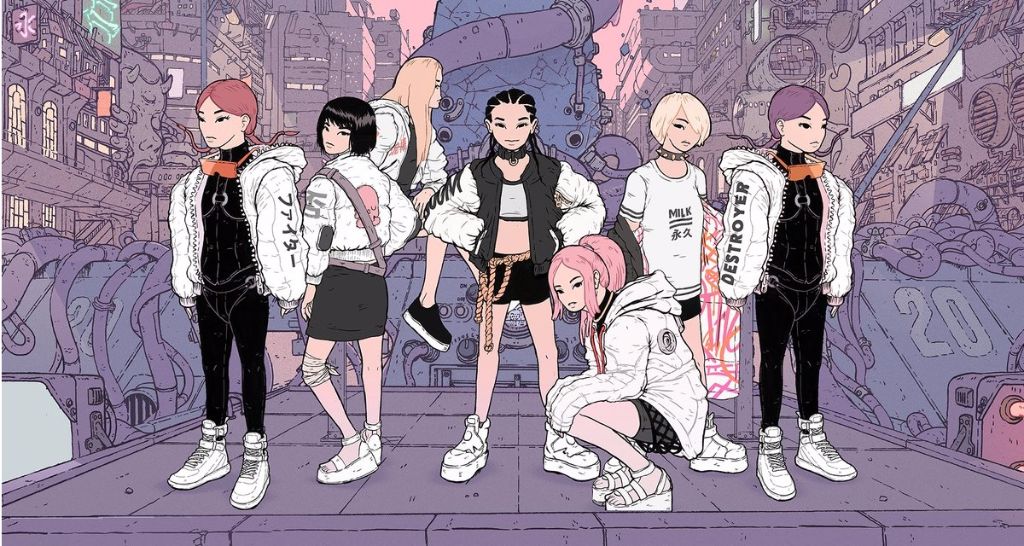 One of the coolest things about FEMM is that they are always taking part in activities apart from the common music releases. Sadly, this doesn’t translate that well to overseas fans, which are sometimes left wondering where are their queens. And just like that, they release a three-track single out of the blue! The double A-Side Digital single “My Revolution / Konya wa Boogie Back” features as key concept “80s-90s J-Pop Revival”, as the songs are covers of J-Pop bops from the past! However, it’s clear a futuristic input has also been included in the pack, creating a beautiful trio of songs!

For “My Revolution”, song originally released by Misato Watanabe in 1986, Akina, Anna and Mikako from FAKY are featured providing vocals, while Lil’Fang from FAKY and Yup’in take part in “Konya wa Boogie Back”, released in 1994 by Kenji Ozawa, singing the rap segments of the track. Lastly, the third track, “Falling For A Lullaby”, is an original song only sang by FEMM, and has already been used for the Prince Shopping Plaza. Check out both the original and the cover songs and more information about the production and illustrations of the single just after the jump!

The single features a mesmerizing illustration by Max Prentis. Three other artists joined him and drew additional promotional illustrations with the same concept for the single: Li Li (not the FEMM member, but another Li Li!), Deathburger and dobu haishen. On the musical side, the single has been produced by MYLK.

It’s also worthy of notice that FEMM is not a newcomer in the world of appreciating and covering old J-Pop hits, as they themselves debuted in the music scene by covering Pink Lady‘s “UFO”! A bop for eternity, that’s for sure.

What do you think about these tracks? Are them a fresh breath of air for FEMM, or doesn’t add anything relevant to their discography? Did they do a good job covering these tracks? Leave us your thoughts in the comments!