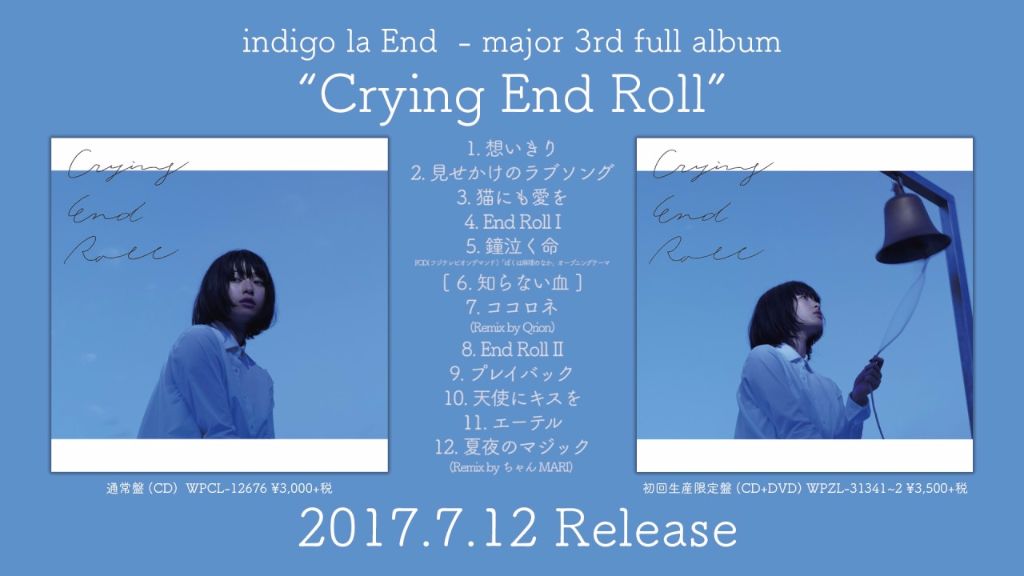 Indie rock band indigo la End have uploaded a digest video with snippets of the songs from their upcoming album “Crying End Roll“.

As previously announced, the Enon Kawatani-led band will release their third major label album (and fourth overall) on July 12, a little over a year after their last album, June 2016’s “Aiiro Music.”

The album “Crying End Roll” will contain 12 songs, including “Kane Naku Inochi”, which serves as the opening theme for the Fuji TV On Demand drama “Boku wa Mari no Naka”, which premiered on June 6. Two of the songs on the album are remixes of older songs, one provided by Qrion, while the other was done by Chan MARI, keyboardist of Gesu no Kiwami Otome.’s.
“Crying End Roll” Digest Video