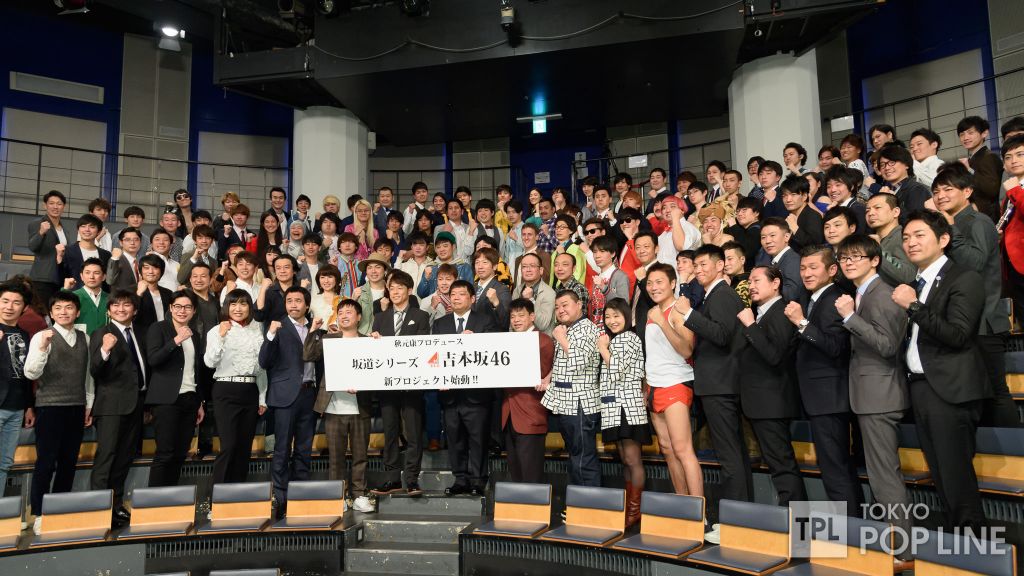 A new group has been announced by Sakamichi Series called Yoshimotozaka46.

For those unfamiliar with Sakamichi Series, it’s a general term used to address the idol groups Nogizaka46 and Keyakizaka46, the sisters/rivals of the “48” groups.

This new group serves as a collaboration between Yoshimoto Kogyo and the mastermind behind the 46/48 groups Yasushi Akimoto. Yoshimoto Kogyo is one of the most prominent entertainment conglomerates in Japan with many Japanese entertainers belonging to them.

The entire concept of the group revolves around talents who belong to Yoshimoto Kogyo, they are the only ones who can audition and eventually become a member. There are no restrictions on age or sex, anyone can audition just as long as they belong to Yoshimoto Kogyo and have some sort of background in the Entertainment industry or are a performer. This ranges from idols, comedians, talents, dancers, athletes, and more.

Yoshimoto Kogyo currently represents over 6000 people who can qualify for the auditions.

In a press conference it was shared that the groups ultimate goal would be to hold a concert at Tokyo Dome, and participate in the annual Kohaku Uta Gassen.