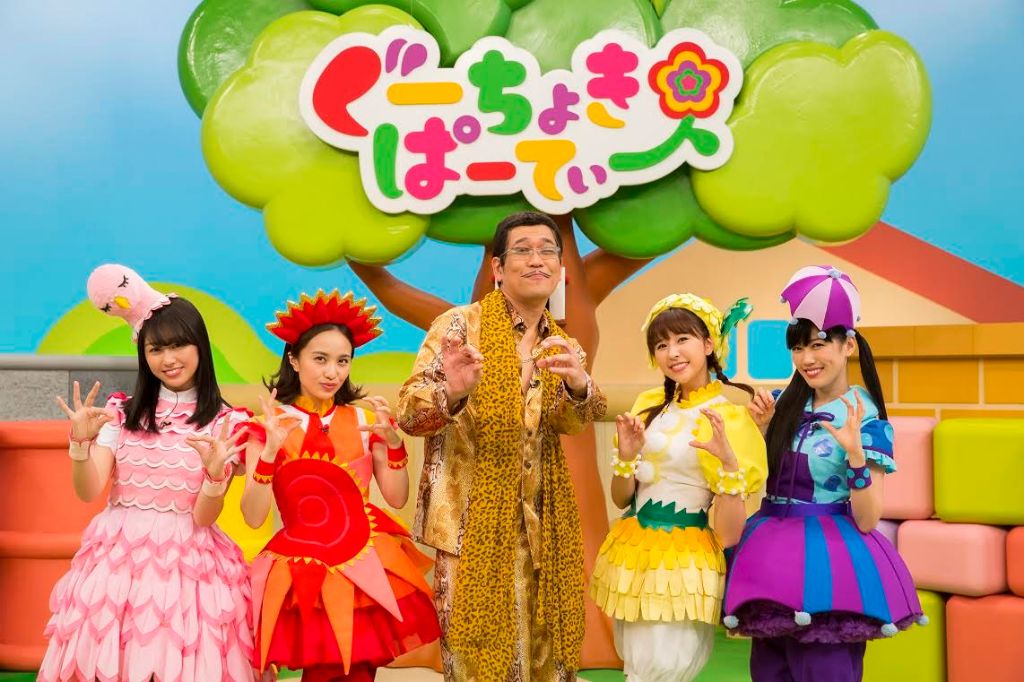 Comedian PikoTaro is back with a brand new single titled Vegetable.

For this release he joined forces with the now 4 piece girl group Momoiro Clover Z, who is billed as “Momoclo-chan”. After becoming a worldwide sensation using fruits thanks to PPAP, vegetables were the only logical step right?

The simple song has a bit of a funky arrangement, with the lyrics consisting of PikoTaro and the girls continually repeating vegetable names over and over again including tomato, potato, pumpkin, and parsley. Just like the PPAP MV, Vegetable takes place in a stark white room with the song’s lyrics appearing as subtitles.

Furthermore, the choreography for the song includes easy-to-follow “vegetable” hand gestures/moves intended for all to remember, and to dance together like in PPAP. Piko-Taro’s comment about Vegetable is as follows: “It is a song that has been in the making for a while and is a sibling song to PPAP! And having the opportunity to work with the wonderful Momoclo-chan Z is a dream, so I want people all around the world to sing and dance to this!”

The MV was produced by PikoTaro’s real self, Kosaka Daimou. PikoTaro went on to say, “Well you should focus on the whole video which Mr. Kosaka responsibly edited! It’s simple but apparently he edited each frame very carefully, so please enjoy and watch it over and over again for each detail! Piko!”

Vegetable will be released digitally on March 6th in Japan, with a worldwide release slated for sometime in mid-March. Watch the full MV below!