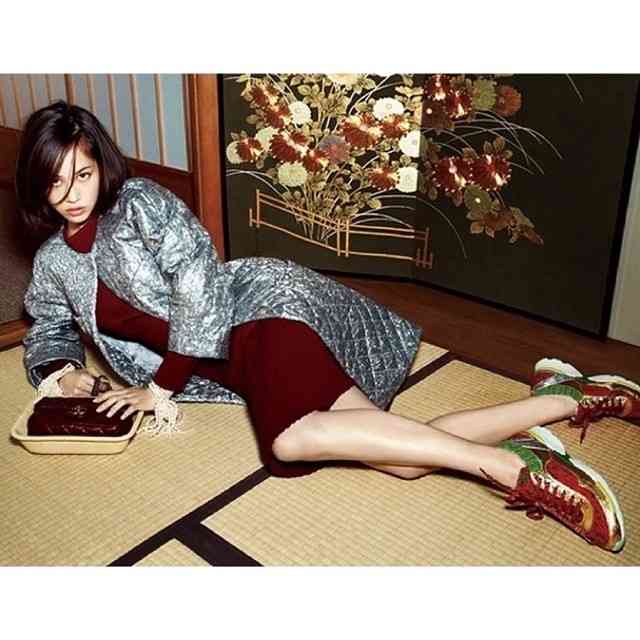 Model and actress Mizuhara Kiko recently uploaded a photo of herself on Instagram committing the ultimate taboo of wearing shoes while indoors. Netizens were not very pleased.

The photo is one taken for a Korean fashion magazine. Mizuhara uploaded it to Instagram.

The following opinions arose on the web:

“This is a faux pas”

“This is pretty bad…Also why bother to upload it to Instagram?”

“This also bothers me. She’s pretty but as a Japanese person it bothers me to see someone wearing shoes on a tatami. It’s like “Oi Oi Oi! Wearing shoes on top of tatami is forbidden! Manners, manners! This is the thing that dead people do!”

“Shoes on tatami shows a lack of common sense. It’s not the basis of a joke”

“I think it’s just the concept of the photoshoot, but the stylist should have thought better while choosing”

“In the end, even as a photoshoot, Kiko-chan…shoes on tatami is a bad feeling coming from a Japanese person”