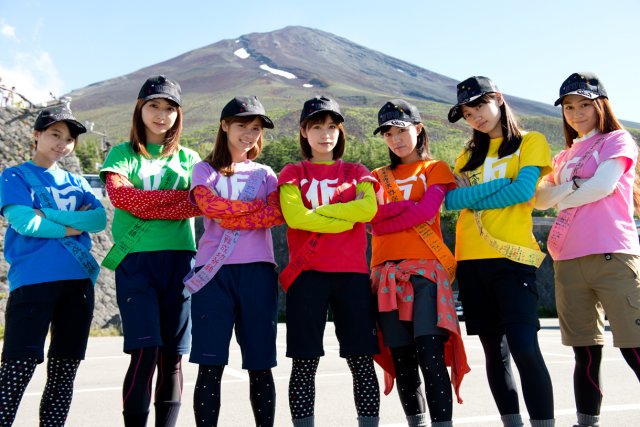 At a live at Tokyo Nakano Sun Plaza Hall this past June, ambitious Idol group Up Up Girls challenged themselves to climb to the top of Mount Fuji for a special performance. To be upfront about it, that’s 12,388 feet high!

They covertly climbed from August 6th until today on the 7th, just days before they are set to appear at ‘ROCK IN JAPAN FESTIVAL 2014‘ on August 9th. Fans were not allowed for safety of the girls.

Natalie reports a detailed look into their journey. 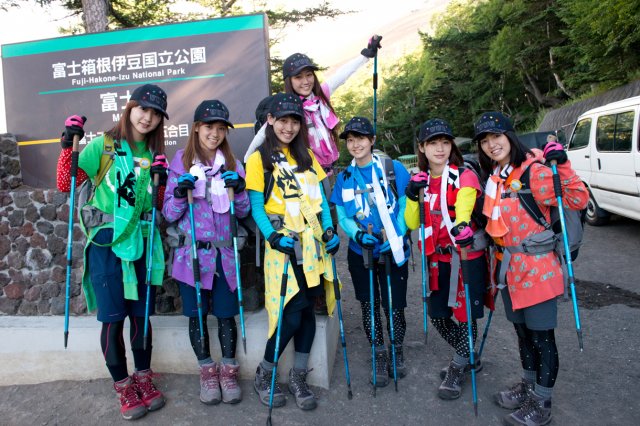 All 7 girls and staff arrived at the foot of mountain on August 6th after a bus ride from Tokyo and began their trek up the mountain around 4PM. They quizzed each other, enjoyed shiritori (Japanese word-chain game), survived perilous mountain passes and rugged terrain, but began to get discouraged and overwhelmed by the task as the day progressed. Slowly continuing with their journey and bothered by the pressure, they happened upon a forest shrine that reinvigorated their passion to carry out their challenge. 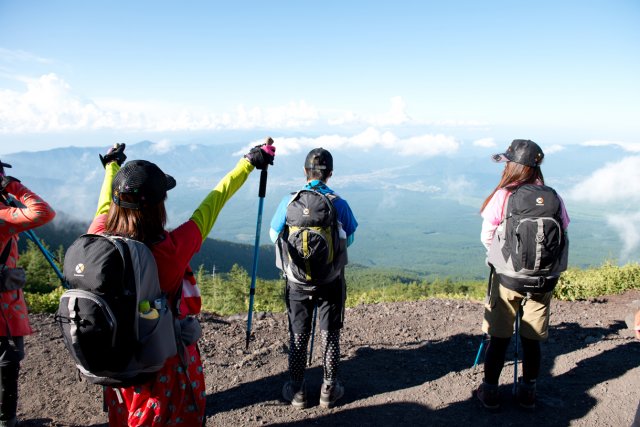 They entered their lodgings at 8:20PM to eat hamburgers and other more traditional Japanese foods and prepare for their early morning the following day.

Enjoying the sunrise at 4:50AM, they hummed their own songs and kept their cheery demeanor to the surprise of their climbing guide.

By 10:15AM, they officially conquered Mount Fuji! Thankful they made it up safely, they took a break and payed homage to the summit.

Within 30 minutes, they had changed from their climbing clothes to battle costumes: they were ready to perform a special live! It’s special because they only performed their song ‘Zenryoku! Pump Up!!’.

Leader Minami Sengoku commented on their journey, “Now that we’ve conquered Mount Fuji and held a live at such a high location, the next venue we want to dominate is Budokan. We will continue to aim towards the top of the idol world!”

A recording of the performance will be available on their official YouTube Channel soon. 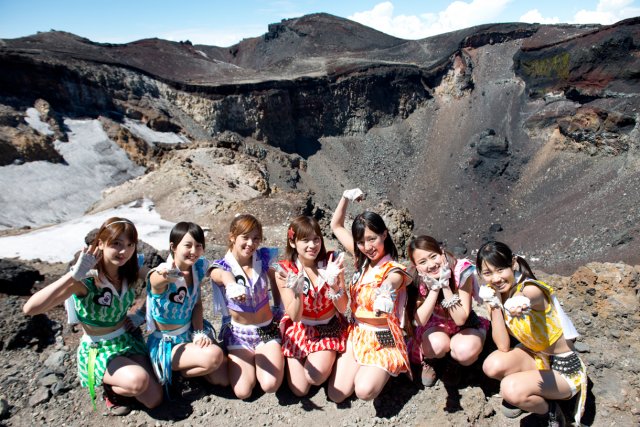