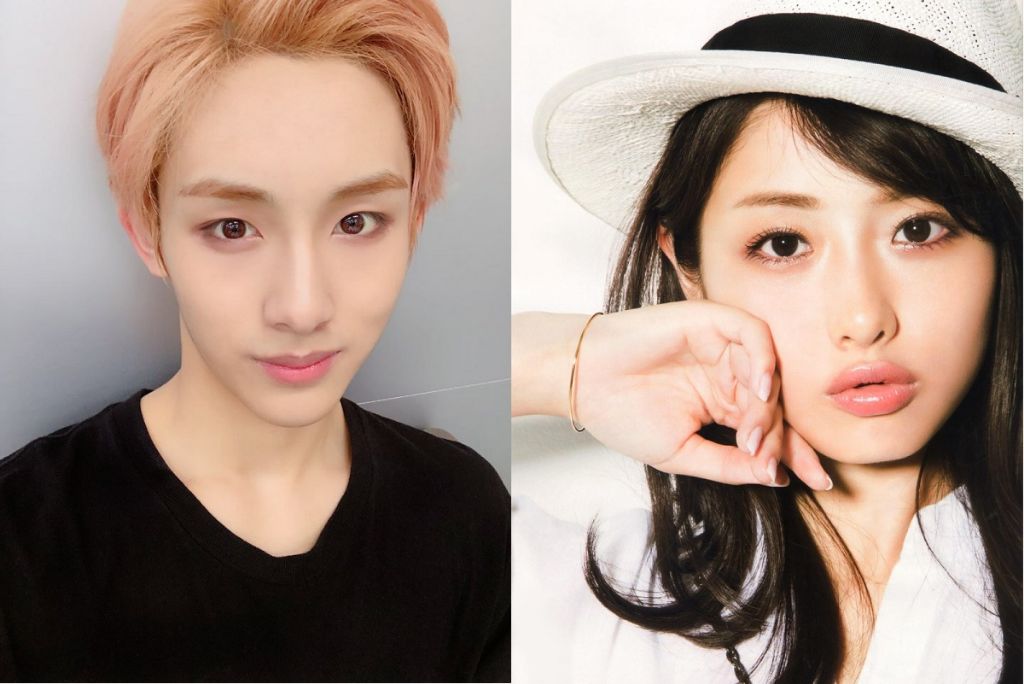 NCT is a boy group formed by South Korea’s S.M Entertainment. One of their members Winwin has been gaining a lot of attention with Japanese fans, due to his supposed resemblance to one of Japan’s top actresses.

On May 5th NCT’s official Twitter account tweeted a picture of Winwin as a small boy, and present day Winwin doing the same pose. They have been doing this for all of the members.

As fans were gushing over his cute charms and expression, many started to notice that he looked similar to actress Satomi Ishihara.

Popular website ModelPress described him as having a cute head, with patchy eyes and a very lovely/pretty mouth. Ishihara’s plump lips in particular are considered by many to be one of her primary charm points.

Some of the “acclaimed” tweets include “This is an angel“, “His eyes are sparkling”, “Satomi-chans little brother”, and “The same, even as a baby!“

NCT will be making their Japanese debut under the name of one of their sub-units, NCT 127 with a mini album titled CHAIN. It will be released on May 23rd, 2018.

Ishihara is currently enjoying the immense success of her TBS drama series Unnatural, it originally began airing on January 12th.

Do you think Winwin looks similar to Satomi Ishihara?