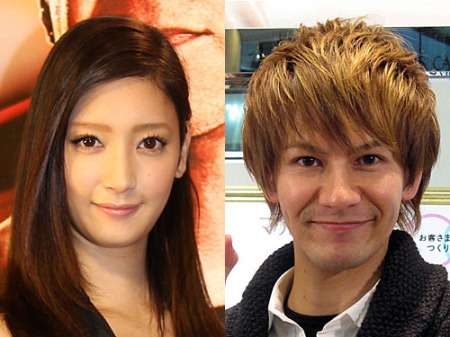 It was revealed that actress and model Nanao (25) and talent JOY (29) have decided to call it quits on their relationship.

The two had appeared in numerous fashion shows and variety programs together and officially started dating last April. The two were also caught on a date this past July, bringing their relationship to light. Their two agencies also confirmed that they were dating.

Despite that, shortly after that announcement, JOY was caught cheating on Nanao with a gravure idol. According to a friend, Nanao was truly shocked about the reports of JOY cheating on her. The two continued dating, but it put a crack in their relationship which gradually became too much to handle.

A friend explained, “After JOY got caught cheating, he still was getting photographed with random women and Nanao began to lose interest in him.” In addition to that, Nanao has also gained popularity from appearing in the drama “FIRST CLASS” and she has been busy filming its sequel. This gave the couple little time to be together. A friend stated, “They discussed this in July and August and I heard that due to the distance they mutually wanted to return to being just friends”.