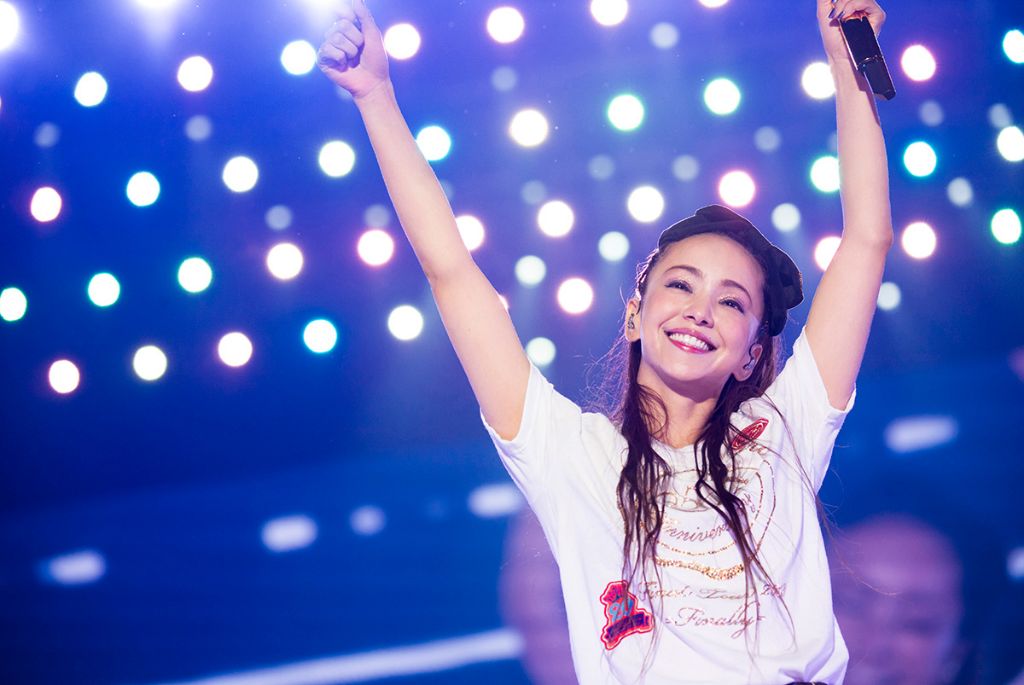 Namie Amuro seems intent on going out with a bang, the singer will be retiring on September 16th, 2018 and is currently in the final stages of her promotional activities.

Over the summer Amuro completed her final concert tour, titled “Namie Amuro Final Tour ~Finally~” in support of her 25th anniversary and best album also titled “Finally”.  Details including covers for the DVD and blu-ray can be seen here.

The DVD and blu-ray set won’t be released until August 29th, but it has already become the highest selling music DVD/blu-ray in Japan. Pre-orders for the concert sets have surpassed 1 million copies.

Previously, the sales record for a music DVD/blu-ray was held by the Johnny’s Entertainment group Arashi with the release of their MV collection titled “All the Best Clips 1999-2009”. Sales for the MV collection have been reported at over 900,000 units.

Amuro has already had tremendous success since announcing her retirement, her last compilation album “Finally” has sold a staggering 2.2 million units, and it’s still selling. Who knows how much more “Namie Amuro Final Tour ~Finally~” will sell once the actual DVD and blu-ray is released!