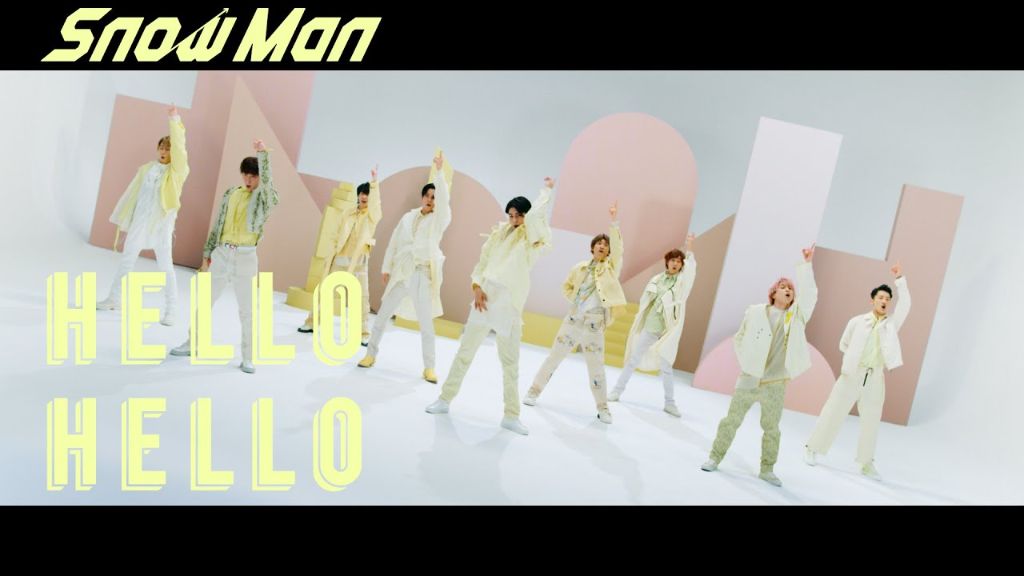 Johnny’s group Snow Man has returned with a brand new YouTube version for their latest single “HELLO HELLO“. This is the groups 4th single overall, and will serve as the theme song for the film “Honey Lemon Soda” starring Snow Man member Raul. The film will be released nationwide in Japan on July 9th.

Described as a pop love song, the aim is to almost make you feel like a butterfly filling you with sweetness and love. Another highlight is the choreography for the chorus of the song which is quite easy to remember, so they encourage fans to try it themselves. Check out the full MV below:

Wearing stylish yellow-toned outfits the MV consists of the boys performing while animated versions of themselves occasionally appear in the scene.