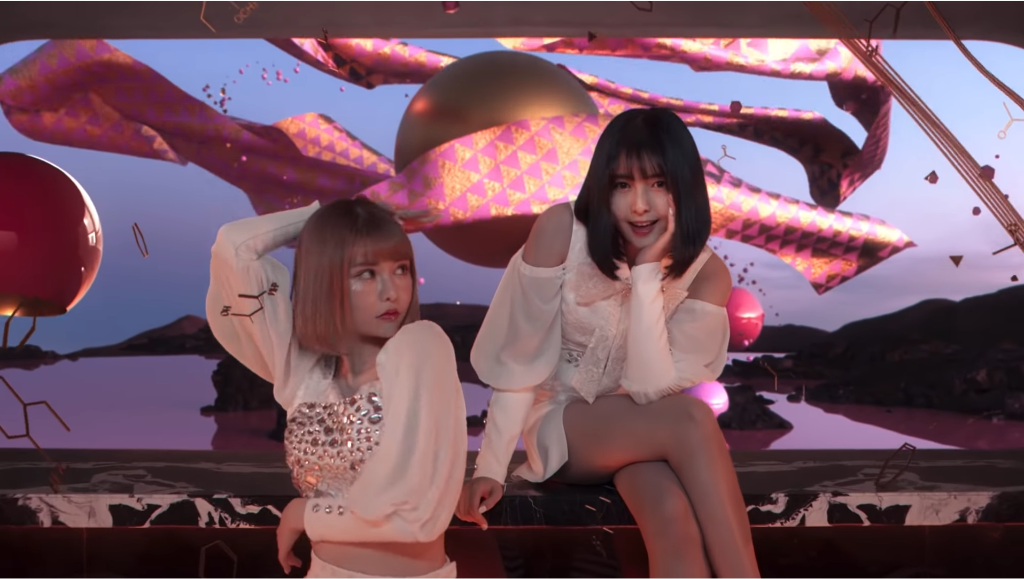 femme fatale is gearing up for the release of their 2nd single titled “Koudou / Pyuupiru“. The duo is self produced and consists of the sisters Kanano Senritsu and Sakina Tonchiki.

Kanano is a former member Seiko Oomori’s idol group ZOC, while Sakina is also a member of the indie idol group High School Baby. The full MV for one of the a-sides of their upcoming single has made it’s premiere on YouTube.

In the MV for “Kodou” the girls can be seen in a 3D fantasy world where they interact with various bizarre and colorful objects. Check it out below!

“Kudou / Pyuupiru” will be released on April 2nd, 2021. On May 9th they will perform their on-man live “Utopia” at Zepp Haneda.