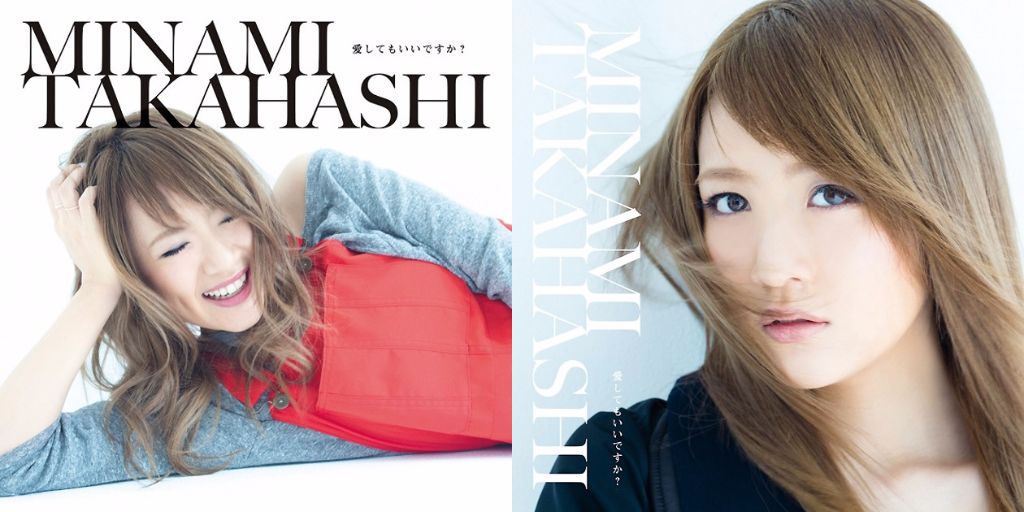 Takahashi, who joined AKB48 back in 2005 and graduated earlier this year after 11 years with the group, wanted to show how she has grown up. The now 25-year-old appears fresh-faced and personal with a mature expression on her covers for both the limited edition (pictured left above) and in the regular edition (right).

The track by Carly Rae Jepsen, Billy Steinberg and Joshua Alexander entitled “Kiss Miss Kiss” was originally registered as “Never Wanna Get Kissed Again” back in 2014 during the creation of Jepsen’s critically-acclaimed third studio album E•MO•TION. Takahashi has written new Japanese lyrics herself.

Josh Alexander is an American songwriter and producer best known for his collaborations with songwriter/producer Billy Steinberg, who is known for writing Madonna’s “Like a Virgin” and Cyndi Lauper’s “True Colors.” Their work together includes songs for Demi Lovato (“Give Your Heart a Break“), JoJo (“Too Little Too Late“), and t.A.T.u (“All About Us“).

Previews of the album can be heard on this YouTube Channel, and the Carly Rae Jepsen song is a bit of a bop.

Check out a behind the scenes look of the creation of this album below.

The solo album Aishitemo Iidesuka? from Takahashi Minami is scheduled for release on October 12 and will be available in two versions.