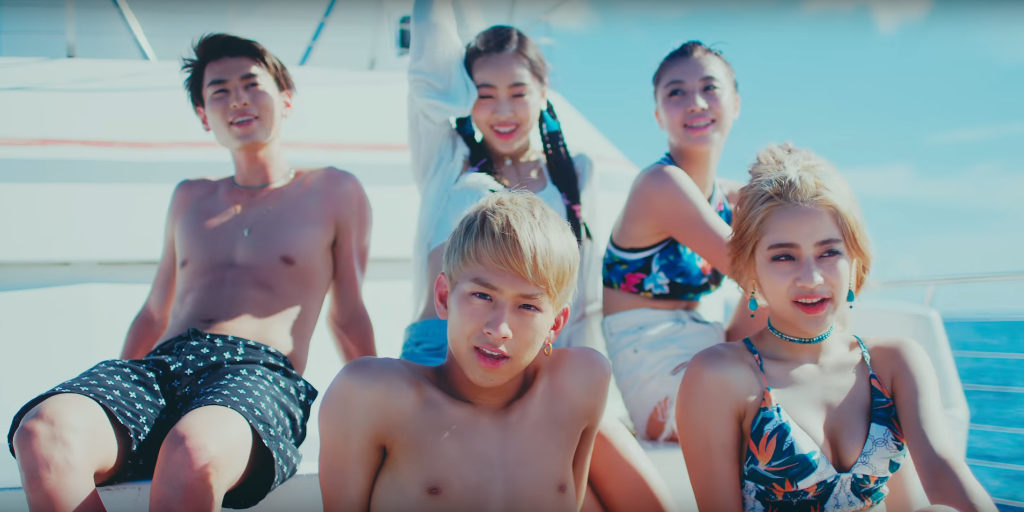 Co-ed group lol have pulled back the curtains on the PV for their latest song “perfect summer“, a refreshing summer tune that makes you want to have a summer fling!

The video follows the 5-member group as they make their way through a tropical beach-side town in island country Guam, spending their day feeding each other gummy bears, blowing bubbles, playing cards and messing around on hoverboards. This is their first music video filmed overseas.

This new song comes just before their first album “lolol,” which will consist of 14 tracks. Compiling the songs they have performed the past two years since the group was formed, the album includes “hikari,” used as the theme for the film “Kamen Rider Heisei Generations Dr. Pac-Man Tai Ex-Aid & Ghost with Legend Riders” last December, the song “blue ocean” for the hair removal brand Veet, “fire!,” “ladi dadi,” “spank!!,” “bye bye,” “boyfriend,” “girlfriend,” “shake shake” and more.

lol’s debut album “lolol” will be released on August 2 in three versions: two CD+DVD editions (a MV edition and a LIVE edition) and a CD only edition.