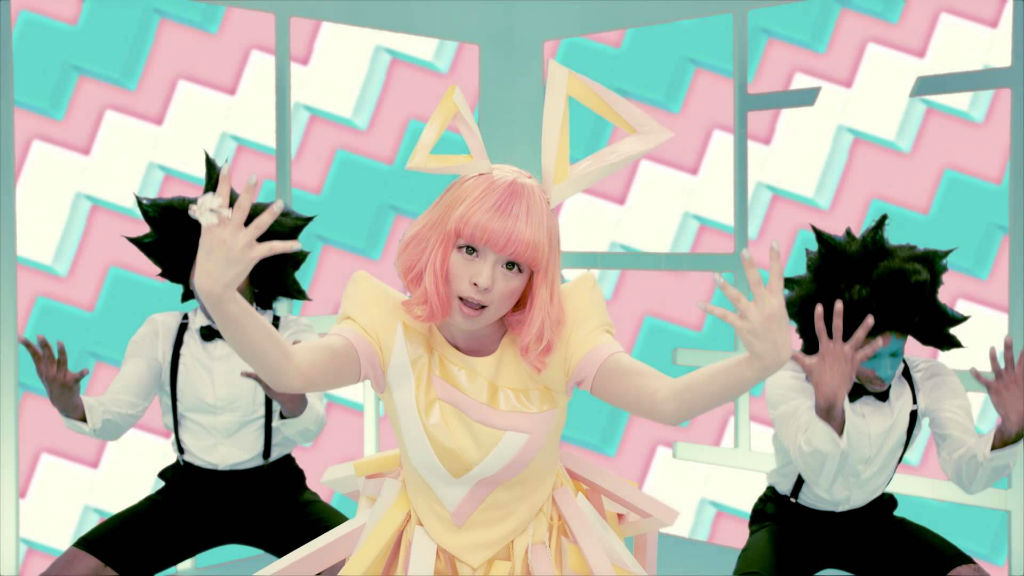 In the video, Kyary pairs up her cute and standard pastel visuals against a darker look as an intergalactic lilic-colored matted hair girl with furry alien friend in some recursive mental imaging of each other. Additionally, she channels a bougie blonde socialite with a pet dog being hounded by the paparazzi on a leisurely walk in the vein of Paris Hilton.

Check out the short version of “Mondai Girl” below!

According to the video, the full version will come out “soon”.

Kyary Pamyu Pamyu will release her 10th single “Mondai Girl” on March 18th through iTunes Japan. It is currently being used as the theme song for the FUJI TV drama A Restaurant with Many Problems, which began airing on January 15, 2015.