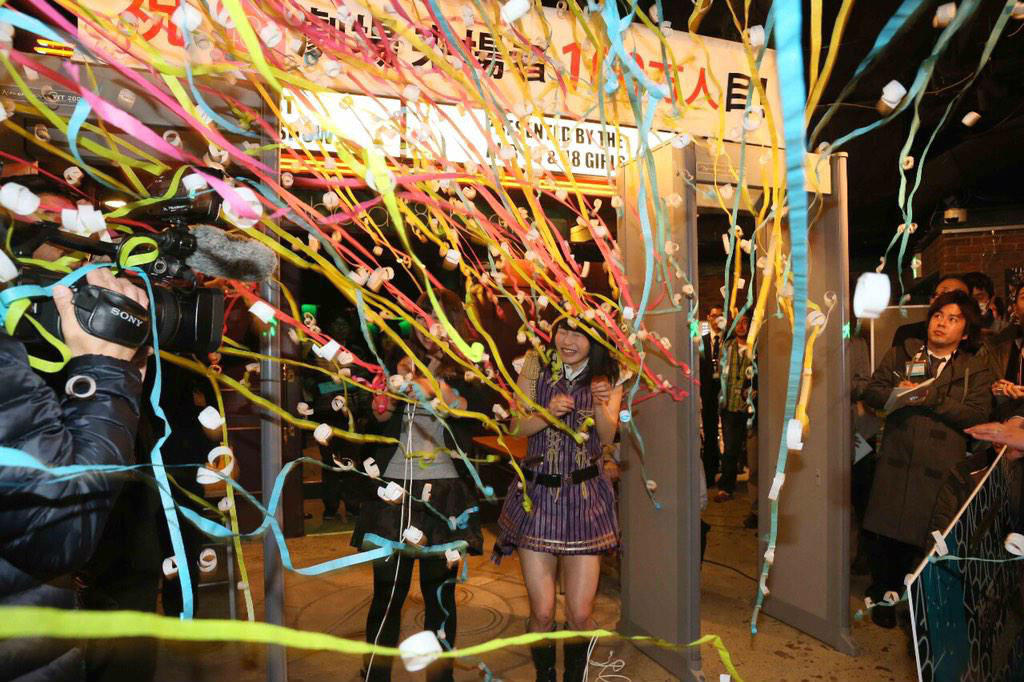 The AKB48 Theater is where the idol group AKB48 was founded on December 8, 2005 when they performed for the first time to an audience of 7. Following their massive boost in popularity since, the 250 person capacity theater now requires one to win a lottery to gain entrance.

A little less than ten years since its formation, the theater famously situated on the 8th floor of the Don Quixote Building in Akihabara is finally boasting its one-millionth attendee, a 19-year-old female university student from Osaka on her first-ever visit.

In a confetti-filled explosion at 6:25 pm, she was greeted at the entrance by the theater’s first manager, the current theater manager and Team K captain Yui Yokoyama and given a free lifetime pass. Additionally, the previous and following people in line also received a free ticket to a performance of their favorite team.

During the performance, 22-year-old leading member of AKB48 Yui Yokoyama thanked fans saying, “We will join forces to achieve 2 million and 3 million visitors.“

AKB48’s 39th single “Green Flash” will be released in Japan on March 4.