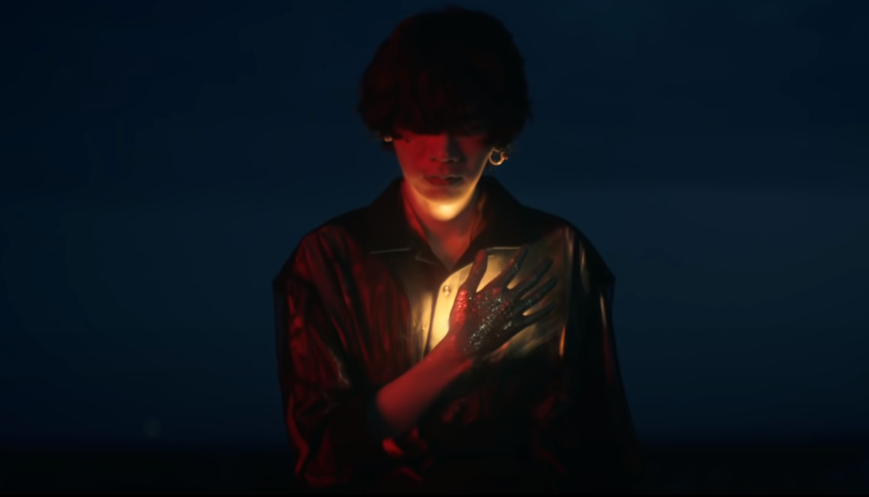 It features the hit singles “Uma to Shima”, “Paprika”, “Teenage Riot”, “Flamingo” and the monster hit “Lemon”. 15 tracks will be included on the album in total. In celebration of his new album Yonezu has released a brand new MV for one of the new songs on the album, “Campanella“.

In the MV a gold handed Yonezu dances on the beach while a mysterious beauty with gold under her left eye looks out a train window. Check out the full MV below!

“Stray Sheep” is out on August 5th, 2020. Fans who purchased the DVD/blu-ray edition of the album will be treated to his full 2019 tour, along with six music videos for the 5 previously released singles, and “Campanella”.

The album will also be available in limited edition versions, one will be housed in a box packaging and come with a key chain, while the second version comes with an art book.