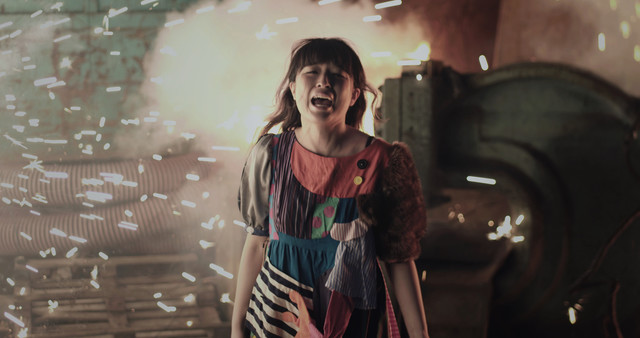 At their disbandment in July 2014, many thought that would be the end of controversial idol group BiS. Guess again! Along with BiS’ former manager (Juunosuke Watanabe) and former sound producer (Kenta Matsukuma), original member and leader Pour Lui is ready to revive the formerly defunct group. Continue on to watch lone survivor Pour Lui wonder through the wreckage in the PV for ‘BiSBiS’ and read what is in store for the group.

While Pour Lui is the only one remaining from the previous BiS, she will definitely not be alone for much longer. Management is currently holding auditions for women 18 to 28 years old to join the legendary group. There are also plans for the release of a new album, 「Brand-new idol Society 2」, on November 16th. ‘BisBis’ is available on OTOTOY for free download.