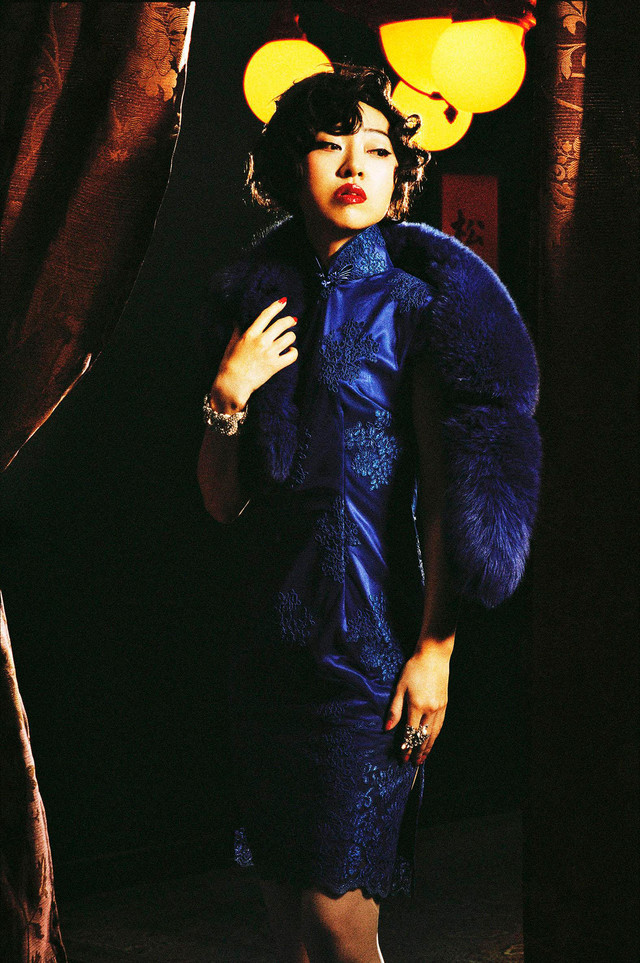 On February 3, Hayashibara Megumi will release her new single, “Usurahi Shinjuu.” As previously reported, the song serves as the opening theme for the MBS anime series “Showa Genroku Rakugo Shinju”, which premieres on January 16. “Usurahi Shinjuu” is written, composed, and arranged by Shiina Ringo. The single’s B-side, “Ware wa Kuchinashi”, is also written and composed by Ringo, with her longtime collaborator Saito Neko in charge of the arrangement.

Today, Megumi released the music video for “Usurahi Shinjuu.” It was directed by Yamada Tomokazu, who has previously directed videos for Sakanaction and Base Ball Bear. The clip has a vintage feel to it and revolves around a young girl in a photography studio. Check it out after the jump!