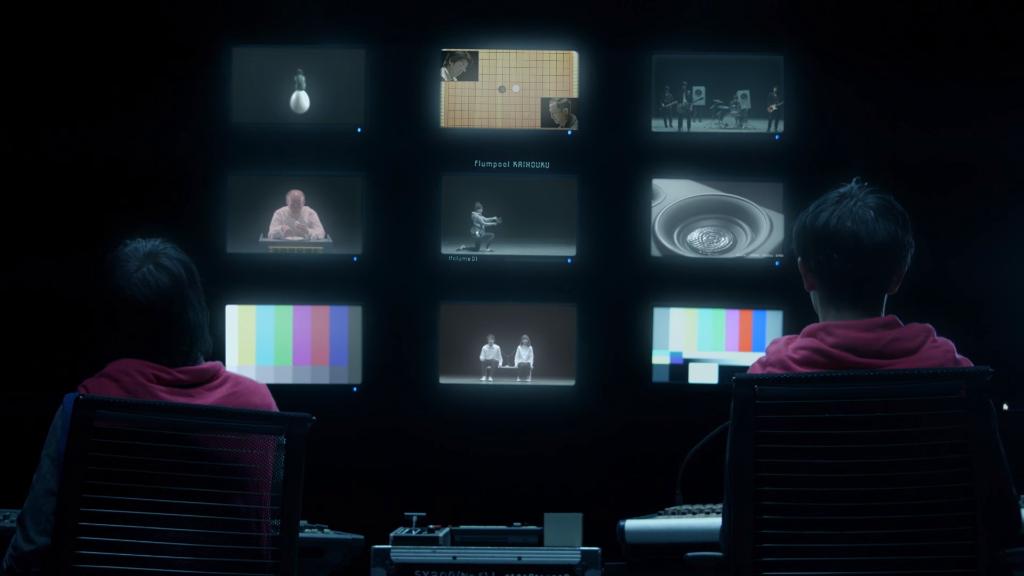 flumpool has just uploaded to their YouTube channel the music video for “解放区” (Kaihouku; Liberated Area), first track of their upcoming new album EGG. The music video starts with Ryuta Yamamura and Genki Amakawa in a control room supervising several scenes, while Kazuki Sakai and Seiji Ogura remain behind of them, watching their work and eating some snacks. These scenes get stronger and more bizarre as the song goes on, while alternating with shots of the band playing. The clip seems to be full of symbolism and, as we all could expect, eggs. Watch the full music video after the jump!

flumpool has also twitted an image saying “MARCH 14 19 20 TOKYO”. It’s highly possible these numbers allude to those dates, just before and after their new album release date, the 16th, but we will have to wait for more information!