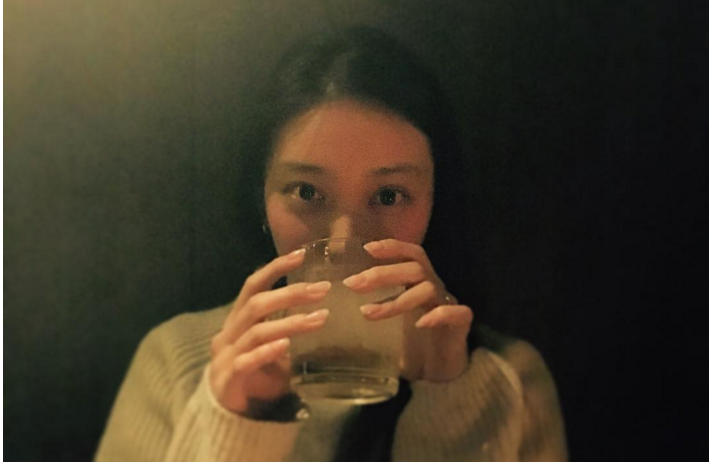 One week ago, actress Kanna Mori posted a photo showing her friend and fellow actress Emi Takei on her Instagram account. Apparently, two ladies, who are said to be on good terms since working together on the drama ‘Tokyo Zenryoku Shoujo’ in 2012, were having a girls’ night out. The lights are dimmed, the atmosphere looks cosy and Takei is holding up a glass. After admiring Takei’s natural and fresh look, one fan’s keen eyes noticed something that looks very much like a ring on their idol’s left ring finger.

Mori playfully captioned the photo: “Girlfriend“. Few hours later, actress Asami Mizukawa joined the fun and commented: “This is MY girlfriend! How’s that possible?!”. This friendly exchange caught netizens attention for a while, until one of them noticed that there is something shiny on Emi’s left hand. And in most cases left hand ring finger + a ring = a boyfriend.

So where’s the ring from?

Media started speculating who is the lucky fellow who gave the young actress her ring. Most recently, Takei was romantically linked to EXILE’s TAKAHIRO. The couple met on the set of drama ‘Senryokugai Sousakan’ in winter 2014. TAKAHIRO was caught by reporters while visiting Takei’s apartment in spring the following year. Both agencies denied there is anything more between two stars than just friendship. The list of potential candidates includes her co-stars from other recent works: Takeru Sato (‘Rurouni Kenshin’ movies), Tadayoshi Okura (‘Clover’ movie), Koji Seto (drama ‘Age Harassment’) or Shuhei Nomura (drama ‘Fragile’).  Takei’s agency is said to have very strict rules regarding dating, forbidding the actress to involve in any relationship until she’s 25 (Takei’s 22, three more years to wait!).

Of course, Takei might have bought the ring by herself, but… that would be boring, wouldn’t it?