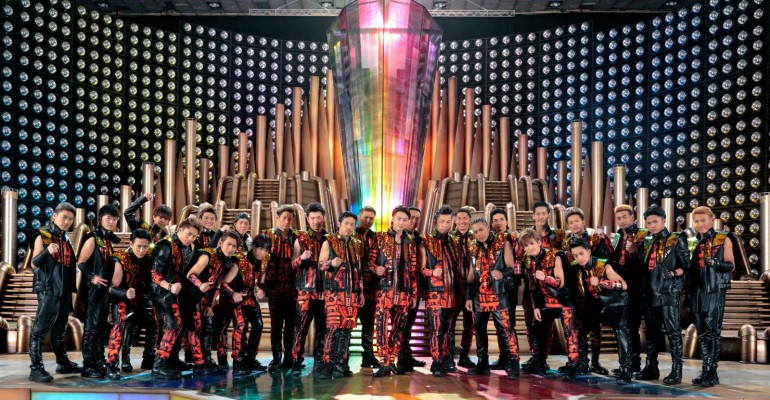 Recently, EXILE TRIBE revealed the track list to their newest album to be released at the end of August. Now they have released the PV to “THE REVOLUTION”. THE REVOLUTION is the first track on the album. The group has performed this song on music shows recently. And while many fans still feel the song leaves a lot to be desired, they can at least say the music video saved it.

The music video features the 26 members of EXILE TRIBE dancing in unison on a rainbow platform. The video then cuts to show shots of the various dance styles that make up EXILE TRIBE. During the dance scenes, explosions are a common theme. With shattering glass and boulders, the guys literally show off their explosive dancing.