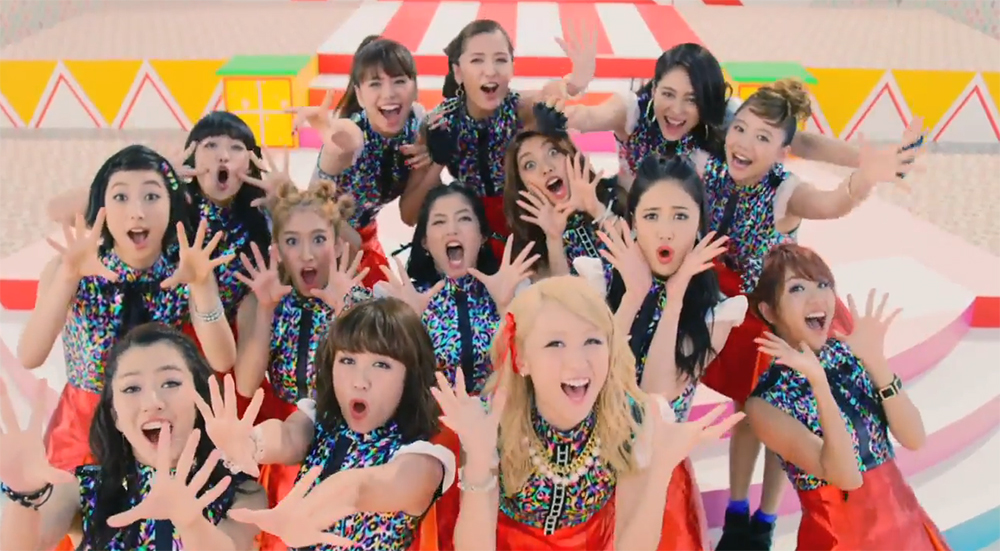 Avex has uploaded a short version of E-girls‘ new song ‘Odoru Ponpokorin.’ This song has served as the opening theme for Fuji TV anime ‘Chibi Maruko-chan’ since May, replacing Kaela Kimura’s rendition.

Original recorded by B.B. Queens in 1990, the song was a hit and landed the number one spot on a list of top 20 anime openings from the 90’s. The song has since been covered by a ton of artists and was even featured on Dance Dance Revolution. This new version features the vocals from E-girls members Ami, Fujii Karen, Washio Reina and Takebe Yuzuna.

‘Odoru Ponpokorin’ will be released physically August 13th, but the full version was released digitally today!