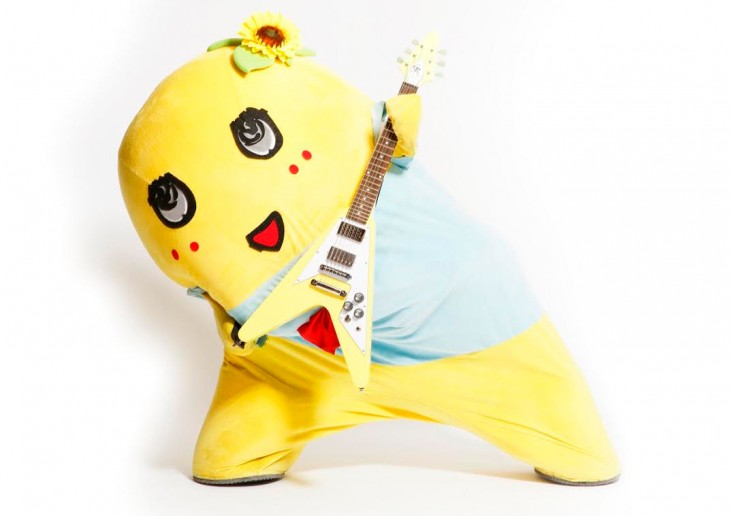 Funassyi isn’t your typical Japanese mascot. While most of the time you’ll see these life-sized characters quiet and slow, Funassyi has a shrill singing voices and high-energy dance moves. It’s quite fond of heavy metal as well.

Funassyi is a genderless pear that unofficially represents the city of Funabashi, Chiba. Originally created by a citizen to promote their website, Funassyi became a hit and made many appearances in different forms of media, eventually becoming famous throughout Japan. Denied by the city, this 1,875 year old pear is now independent, free to explore Japan and release music.