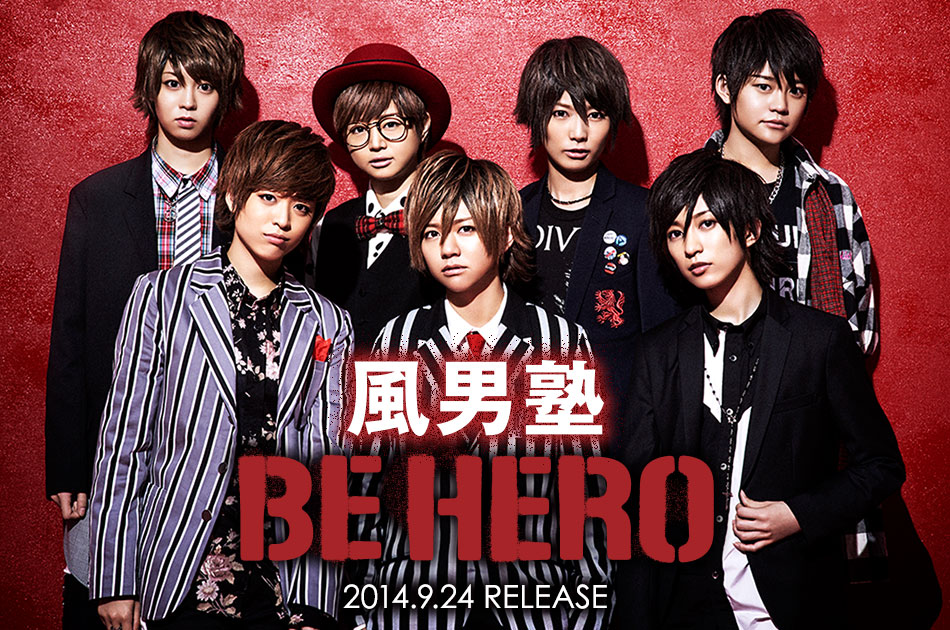 Following the release of their 4th album back in March, Fudanjuku will return with their 13th single ‘BE HERO’.

Fudanjuku is the male alter-ego of the group Nakano Fujo Sisters, but have in away replaced it since they went on hiatus in 2011. They follow their concept closely and each member has their own male name: Momotaro Bukiya (Chiaki Kyan), Uramasa Seimyoji (Erika Ura), Kojiro Akazono (Yuka Konan), Kyohei Midorikawa (Yuka Kyomoto), Koki Seto (Kana Seguchi), Kensui Aiba (Ai Hasegawa), Ryoma Yukimura (Maki Fukumi).

‘BE HERO’ will be released on September 24th.