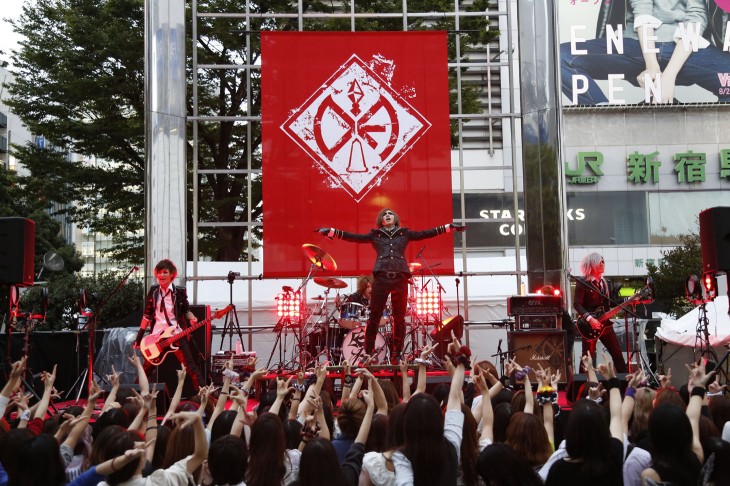 Visual kei rock band DIAURA released a new single ‘blind message‘ on the 3rd and performed a surprise live concert for fans in Shinjuku – but things got rough and it was shut down premature.

September 3rd is a special day for DIAURA fans (who are also known lovingly as Gumin) because ‘gu’ can bewritten as the number 9 and ‘min’ is the 3rd – thus September 3rd is Gumin day.

At 12:00, DIAURA took to their official blog and summoned fans to the live event that would happen later that day. Fans quickly took note and began piling up at the venue one by one to secure their spot in the crowd.

At 17:40, DIAURA showed up at the Studio Alta stage in Shinjuku to the sound of fans screaming in excitement. The energy was wild while they played an assortment of their songs, but while performing the 4th song ‘MASTER’ around 18:00, staff members were forced to shut down the show as it began to get too dangerous near the front of the crowd.

Fans were allowed to watch the video of ‘blind message’ on the big screen and announced a new concert in Shinjuku, but you would have to have bought the new single to check it out. Alternatively, it will also be broadcast live on Nico Nico.