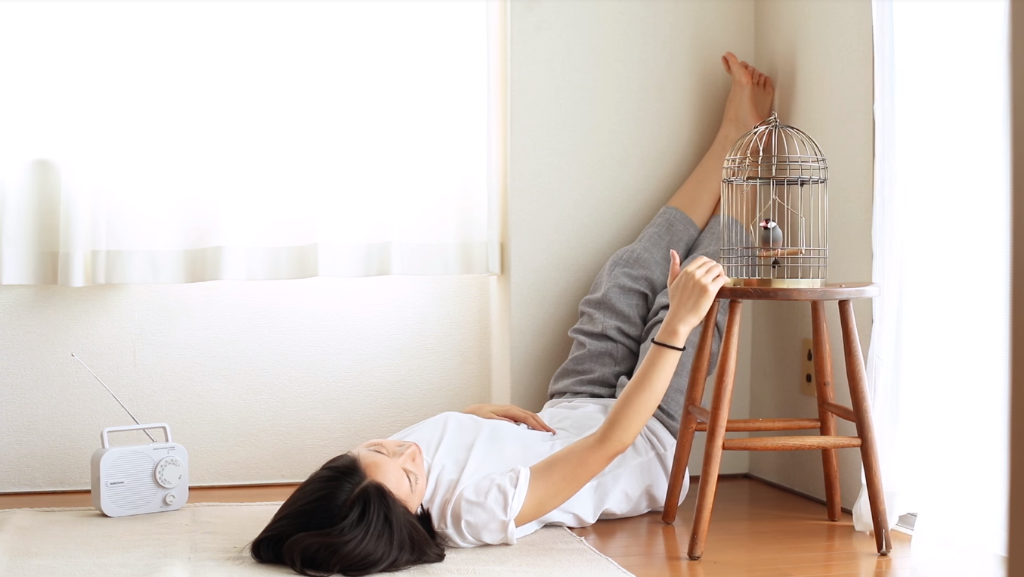 Ahead of the release of their 3rd major album on July 12, indie rock band indigo la End, led by Enon Kawatani, has released the music video for their song “Misekake no Love Song“.

Following the “Playback” music video released last week, the actress Ayaka Ohnishi was appointed to help portray the lyrics from beginning to end. The video itself makes parallels between Kawatani and a caged bird, watching Ohnishi as does her day-to-day activities.

When I listened to “Misekake no Love Song” for the first time, I sympathized with the person [in the lyrics] who didn’t get a tasty piece of the birthday cake. The song isn’t cute, it’s rebellious. It’s a song that seemed to be meaningless at first, but resulted in something eerie. I was nervous to take on this challenge. The set was cozy and let me direct the the video in an honest way, and I was lucky that Ayaka Ohnishi was interested in appearing in the video. The way she showed the unrest of her “everyday life” was wonderful. I think you should pay attention to Kawatani’s writing style.