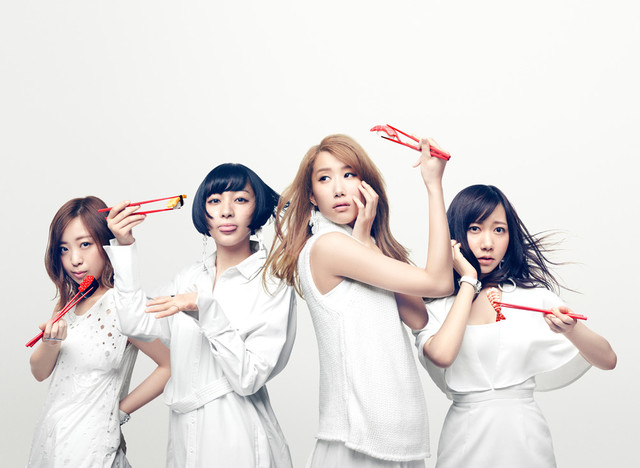 On November 25, Akai Koen will release their new single, “KOIKI.” This is their first single since their September 2014 album “Moretsu Rythmique.” Today, the band released the music video for “KOIKI.” It’s an all-female affair. The clip centers on Akai Koen filming a live tv performance as a captivated all-female production staff looks on. The charismatic power of the band also grabs a young female viewer watching the performance on tv at home. Check out the music video after the jump!