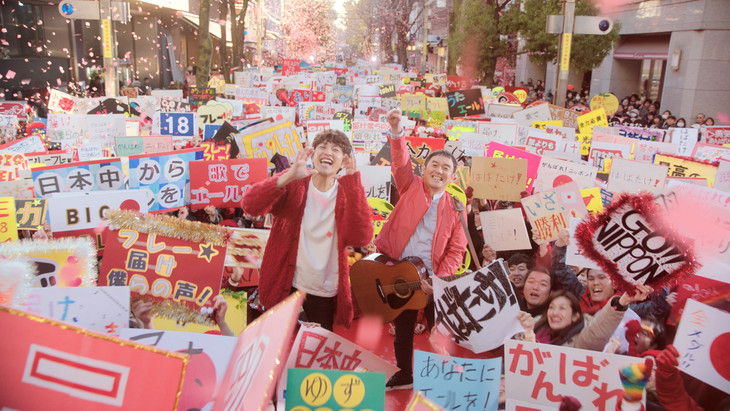 Ready to kick off their year with a bang, folk/pop duo Yuzu have announced that their new song “Uta Yell” has been picked up as the latest CM track for insurance company Nissay (Nippon Life).  Yuzu have frequently been tapped for this role in the past, with songs such as “with you” and “Hikare” both having been used to promote the brand before.

Nissay’s latest campaign, titled “Anata ni Yell wo”, is meant to tie in with the year’s Olympic competition in Pyeongchang, with 2018 Japanese citizens joining Yuzu in order to cheer on the nation’s athletes.  In addition, the duo have also made the full song available for download on most of Japan’s digital storefronts.

Read on below to find the 60 second version of Nissay’s latest commercial, and look forward to seeing “Uta Yell” included on Yuzu’s upcoming album “BIG YELL” in April.