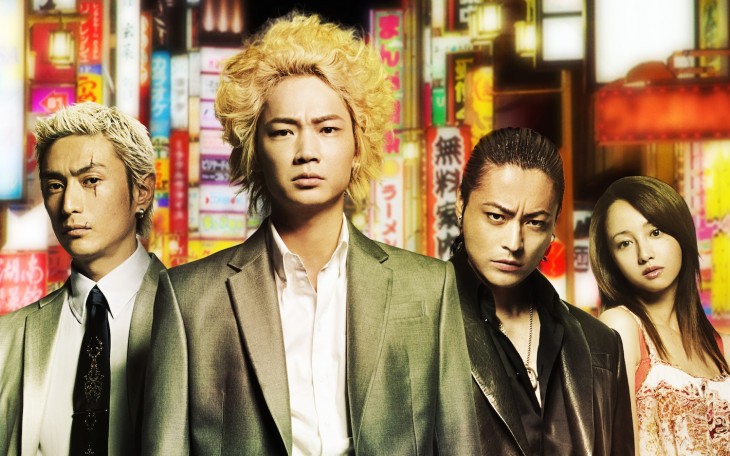 It was announced today that upcoming movie “Shinjuku Swan” will feature music from well-known rocks bands UVERworld and MAN WITH A MISSION.  MAN WITH A MISSION will be providing their new song “Dive” as the film’s theme, while UVERworld’s new track “Collide” will be used as an insert song during the movie.

Directed by Sono Shion and based on the original manga by Wakui Ken, “Shinjuku Swan” tells the story of Shiratori Tatsuhiko (Ayano Gou), a 19 year old without money or a job who’s recruited by a man named Mako (Iseya Yusuke) to be a talent scout for clubs and adult films.  This action-packed tale is set against the backdrop of the colourful Kabukicho, a famous red-light district in Tokyo’s Shinjuku ward.

You’ll find the movie’s trailer, which features a snippet of MAN WITH A MISSION’s “Dive”, right after the cut; UVERworld’s “Collide” is likely to be featured in later promotional material for the film, which is currently set to open on May 30th.