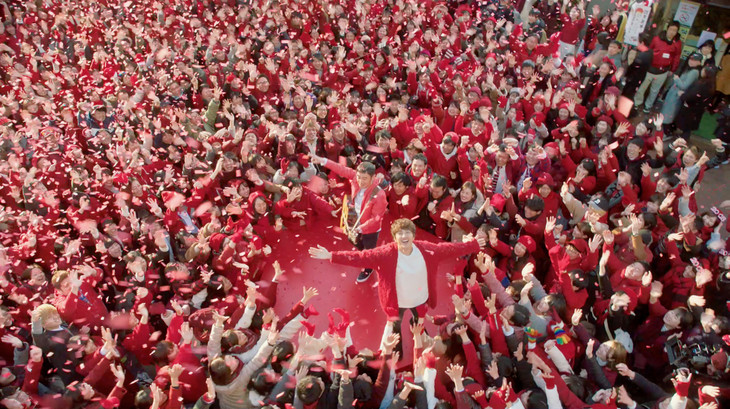 Just last week we reported that Yuzu‘s latest song, “Uta Yell“, had been picked up as the CM track for insurance brand Nissay’s new Olympic-focused advertising campaign.  In further support of the track’s digital release, the duo have now chosen to make its full PV available on their Youtube channel.

Directed by Tomokazu Yamada, who is known for his work with both Sakanaction and Suiyoubi no Campanella, the music video features all 2018 of Yuzu’s ‘new members’ that were selected from among the Japanese public for this campaign.  This massive chorus follows Yuzu all around Yokohama’s Isezakicho, the video culminating in a sing-along held in a city square.

You’ll find the PV for “Uta Yell” right after the jump.