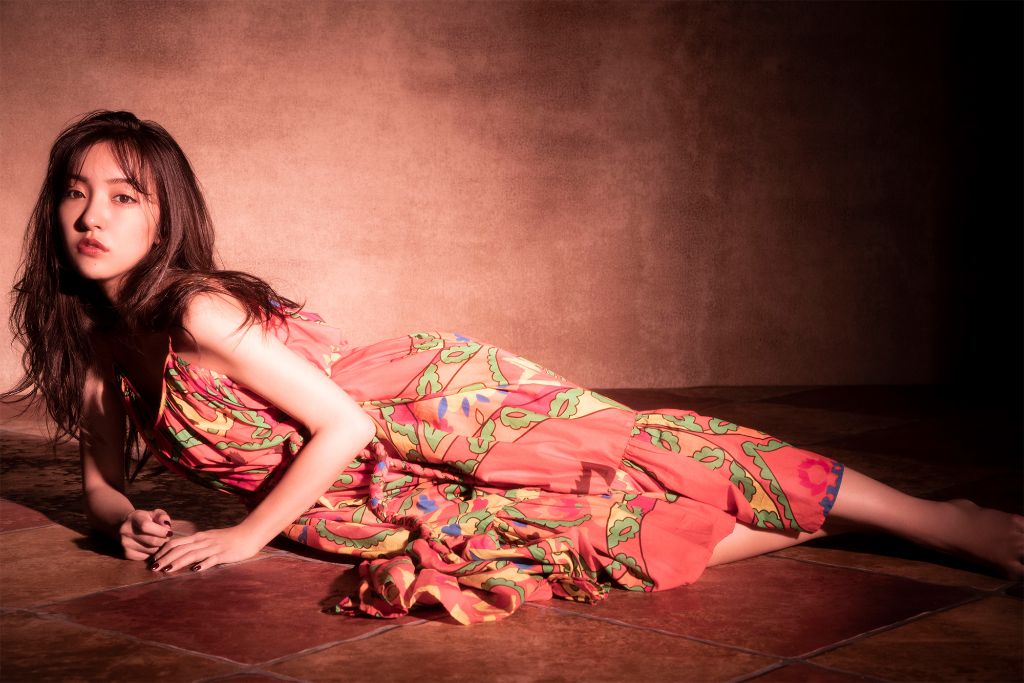 Empowered songbird Tomomi Itano has revealed more information for her previously announced first mini album—titled “LOCA“— due out next month.

This release was originally scheduled for October 9, but it was postponed to October 16 for production reasons.

The new information comes with a brand new, stunning visual of the sultry singer strewn about a tiled floor in a red, mid-calf length dress with a graphic organic pattern motif.

The 6-track “LOCA” mini album will come in two editions: the first limited edition (CD + DVD + mini photo book) and the regular edition (CD). It will include the previously released digital single “Kimi ni Okuru Uta” which was used as the theme song for the drama “Boku wa Mada Kimi o Aisanai Koto ga Dekiru“, as well as some new songs written by the “S×W×A×G” vocalist herself.