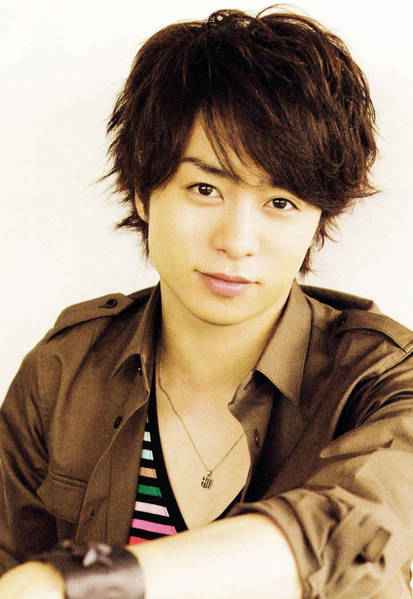 While many people may not consider Sakurai Sho of Arashi to be a serious hip hop artist, Real Sound reveals his initial inspiration to become a rapper and analyzes his rapping style, making the case for his seriousness as a rapper.

Currently, [as of the time of the publication of the source article] Sakurai Sho can be been in the Kao “Essential” CM, revealing what he has learned at Johnny’s during the period of 20 years.

Sakurai, along with Aiba Masaki represents the two who are not especially good at dancing among the members. In yesterday’s episode of VS Arashi, Matsumoto Jun pointed out how they both forget the dances saying, “[Even though Sakurai and Aiba remember the choreography] They are the type to fall behind.” However, the revelation that took 20 years to cultivate tells that he is a serious and hardworking person.

Of course that attitude lives within Arashi’s songs. It is a well-known truth that Sakurai’s earnest introduction of rap made rap popular among all of Johnny’s. His style of rap= Sakurap, so it has the appeal of his diligent personality, which is why it harmonizes with invigorating idol pop.

Sakurai gained a full blown interest in rap in the third year of junior high school. According the the 2012 “Television zoom!!”, “There was a hip hop event in Hibiya’s Open Air Concert Hall, and that was really big for me,” he said. Here, he is probably referring to the legendary hip hop event Sanpin CAMP that was held on July, 7 1996 at Hibiya Open Air Concert Hall. Sanpin CAMP is the legendary event where the mass gathering of artists such as ECD, YOU THE ROCK, ZEEBRA, RHYMESTER, DEV LARGE, SHAKKAZOMBIE, SOUL SCREW, and other artists who have now given a big influence to the rap and hip hop scene. Sakurai’s roots lay here.

In rap, there are components such as flow, rhyme, and lyrics, but Sakurai’s rap doesn’t have the currently popular thoroughly Americanized western music style. His rap has the distinct essence of clearly pronounced Japanese and words that are applied like Haiku, a style which came to a rise in the 90’s. His raps are not tricky, and by using vowels he rhymes steadily and is very easy to listen to. His rhymes also have a strong sense of message. He is smart with his selection of words. While this type of style might feel a bit insufficient to ears that are accustomed to hearing the now popular hip hop that showcases flow and timing, it still reaches a lot of people. It can be said that with such innocent raps that have been successfully crafted into his image, Sakurai’s raps have been established as an important part of Arashi’s music.

If there are people who like hip hop and Japanese rap but haven’t properly listened to Sakurai’s raps, then they should listen to “Believe,” which has positive and cheerful lyrics, “still…” which has the harmony of a melodious track and expressive lyrics, and “Subarashiki Sekai,” which has spectacularly descriptive lyrics. As for Sakurai’s rap, these songs should show that he is a serious artist.