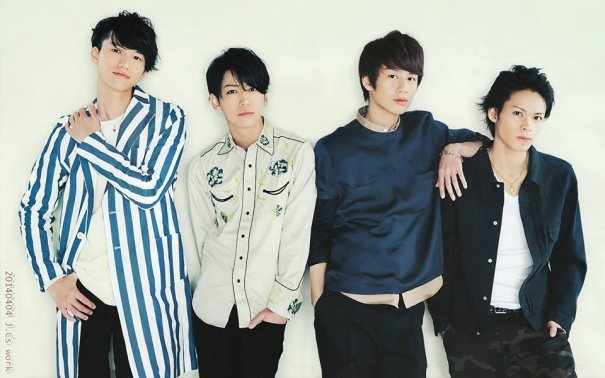 Currently, KAT-TUN are traveling the country on their first nationwide tour in 2 years, “LIVE TOUR 2014 come Here.” It is the first tour as 4 since Akanashi Jin and Tanaka Koki left the group. However, for the August 8 performance in Sapporo’s Hokkaido Prefectural Sports Center the ticket sales were not that good and the empty seats are reportedly being hidden behind a black curtain.
(Quote)
“The truth is the 2nd and 3rd area of the two stands on either side of the main stage are hidden by a black curtain. In Johnny’s, when seats aren’t filled the empty seats are usually hidden behind a black curtain, but for the black curtains to be used at a KAT-TUN performance is quite rare. Even more, when the members ride the trolley on the stand they usually dance in the front, so the members also saw in person that the seats weren’t filled…that’s quite painful. KAT-TUN, who have always done concerts a dome scale, who at their peak period sold arena seat tickets at auction at the price of 300,000 yen, to see with my own eyes that they now can’t fill an auditorium of 10,000 people is quite a shock to take as a fan.” (A fan who went to the assembly hall)

In 2009 KAT-TUN held the “KAT-TUN Break the Records” 10 day performance at Tokyo Dome, boasting large numbers at the time which was three years after their debut. Also, at the time it was a topic of discussion. That tickets were sold for cheap priced such as 1,000 and 500 yen, but in the end it can be said that the seats were filled. But this time, the empty seats could not be avoided.

“Although there was an independent countdown concert last year, it has been a while since they’ve toured. Even after the tour tickets were recieved by fan club members, given that the ticket sales information was sent to the ticket agencies of Yokohama, Sapporo, and then from now Nagoya, Miyagi, and Fukuoka I thought that it would be difficult to attract customers. To use curtains at the arena class assembly hall is quite expected.” (Same previous fan)

On this tour, there will be no passing through the audience to the stage and outer circumference as is usual with Johnny’s concerts. KAT-TUN have said that they will “enjoy [ourselves] with our fans” with just a main stage and simple composition.

On hearing the loud cheers of fans during the performance Kamenashi Kazuya says “The people of Hokkaido are so nice! To scream “kya–” at this kind of thing,” however this is a critical moment for KAT-TUN. There is a battle going on for the tickets for the Tokyo Yoyogi National Gymnasium performance and there are many people online searching for tickets. The turn over for other performances is overwhelming. We will be watching with deep interest in whether or not KAT-TUN can bring back their popularity at this tour which will be ending at the Kyocera Osaka Dome countdown concert at the end of this year.
(Quoted from Cyzo)

The following opinions were seen on the net:
“It’s over”
“Is it because the members have become of 4?”
“This doesn’t shock me”
“It’s a shame that they have to be pulled around by the selfish former members. I want them to try their best as 4”
“This is tough, but they are professional so they should know the reality and work together”

There debut era was amazing but now it’s rather tough…They have no choice but to try their hardest as four on this road. It’s not like they can’t do concerts, so we want them to treasure their fans and try their best.