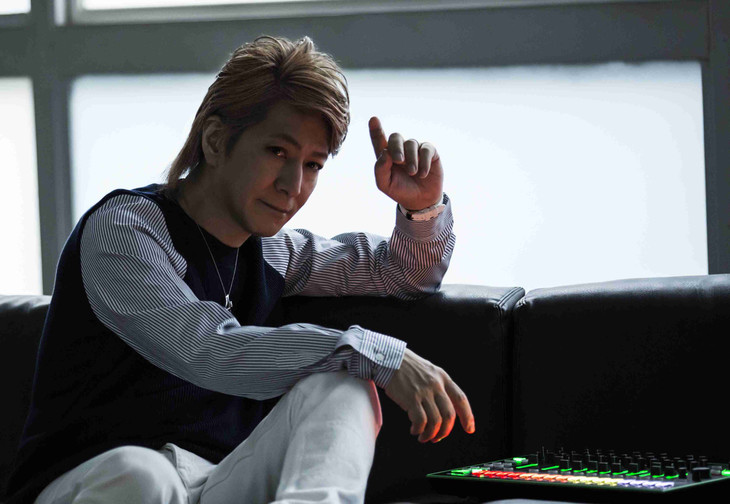 There’s something familiar about the music of Tetsuya Komuro. It’s tinged with nostalgia, with just a hint of guilty pleasure. His music sounded cheesy even back when it was cool. But it has to be admitted that it’s kinda missed it now, this sound from a more optimistic time.

Komuro will be releasing a new album in March, titled “Tetsuya Komuro JOBS#1.” The album features collaborations with artists on the fringes of the mainstream, like tofubeats, Seiko Oomori and Hyadain. This new album looks like a low-key episode in Komuro’s gradual musical rehabilitation after his 2008 arrest and subsequent fraud conviction. It’s a far cry from the situation 20 years ago.

The year 1997 was when superstar producers reached the pinnacle of their power. The top-selling albums of the year — GLAY’s “REVIEW,” Mr.Children’s “Bolero” and globe’s “FACES PLACES” — were notable not only for the artists themselves, but also for the studio gurus whose influence lay behind them: Sakuma Masahide, Kobayashi Takeshi, and Komuro himself.

Shooting to stardom a decade earlier with his old band TM Network and the classic “Get Wild”, Komuro was already an influential figure in tailoring dance music for Japanese audiences. Throughout the 1990s, Komuro-produced hits, mostly from the then-new Avex label, were an important entry point for new ideas from overseas dance music.

Model-turned-singer Yuki Uchida’s 1995 single “Only You” was notable for the way Komuro incorporated drum and bass beats into a mainstream pop song. It sounds awkward now, but it was still a great risk to take on such a known star — especially considering that it came out five months before British drum and bass pioneer Goldie’s first studio album had even been released.

In 1997, Komuro was a hit machine, producing hit records for the likes of his new group globe, trf, and Tomomi Kahala. He began the year with the song “CAN YOU CELEBRATE?” by Namie Amuro, which remains the biggest-selling single by a female Japanese soloist ever (not to mention a karaoke and wedding staple). From a production standpoint, however, Namie’s followup, “How to Be a Girl” was much more interesting.

As with “Only You”, to understand where “How to Be a Girl” was coming from musically, we have to look back at what advances were happening overseas at the time. In 1997, the buzz in the British dance music scene was around the fusion of rock music and big beat, the post-acid house dance music style. The acts who most popularly characterized this fusion were The Chemical Brothers, Fatboy Slim and The Prodigy.

The Chemical Brothers’ “Setting Sun”, a collaboration with Noel Gallagher of Oasis, had been a huge international hit in 1996, and it’s obvious listening to “How to Be a Girl” that Komuro had been paying attention.

Gone were the thin, tinny Eurobeat drum machines that were normally found in Komuro productions up to that point, replaced by the same thundering, lurching drum loop that The Chemical Brothers had themselves lifted from the Beatles “Tomorrow Never Knows.” Namie’s voice was buried deep in the mix, barking out a litany of her own improprieties, as if shouting distantly through a megaphone, while a heavy riff reminiscent of Gary Numan’s “Cars” punctuates the verses. It sounds like nothing in JPop, either before nor since.

While echoes of the Komuro era can be found in producers like Yasutaka Nakata, who kept up the 10-year cycle of pop advances with Perfume’s 2007 hit “Polyrhythm”, the music industry’s post-millenial decline meant that producers like Komuro would rarely achieve the same degree of power again. Komuro’s own career since the 2000s has been troubled, and his music is very much an artifact of its era. However, looking back on his career, he is also a remarkable figure who brought something genuinely new to Japanese music. Maybe it’s time to let ourselves enjoy him again.

The full Japan Times piece can be read here.