Barely a year after the release of “darc”, well-known indie rock band syrup16g have revealed that they will be releasing another new album on November 8th.  Titled “delaidback”, this record will include 13 newly released tracks from the band, among them “Hirakerarezujimai no Kokoro no Mado Kara” and “Yume Mitai”, which were first written nearly 20 years ago.

The album’s cover features a photograph of a dead butterfly, the picture taken by singer Takashi Igarashi when he stumbled upon it by chance while on a walk.  The image is meant to simultaneously represent both the creature’s ‘innocence’ and the ‘ignorance’ which led to its demise.

Read on below to find both this cover and the complete track list for “delaidback.” 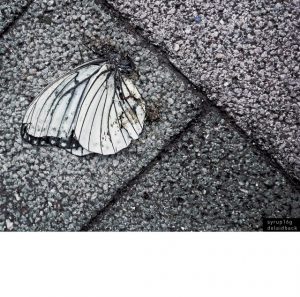