In continuation of their 20th anniversary celebration, rock band Straightener have announced that they will be releasing both a new Single and a new Album in the coming months.  Though information about the album, which will be released on May 23rd, is still scarce, all of the details surrounding the single have been made public as of today.

This Double A-side release, titled “The Future Is Now / Time Leap”, is the group’s first single since November’s “Akari” and will go on sale on April 11th.  The first A-side, “The Future Is Now”, has already been selected as the theme song for the upcoming smartphone game “Digimon ReArise”.

You’ll find both the cover, which was designed by the band’s drummer Shinpei Nakayama, and the track list for this single right after the jump. 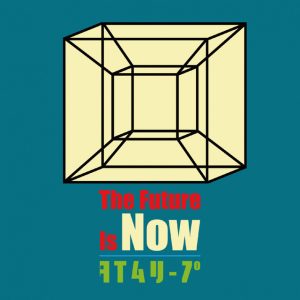