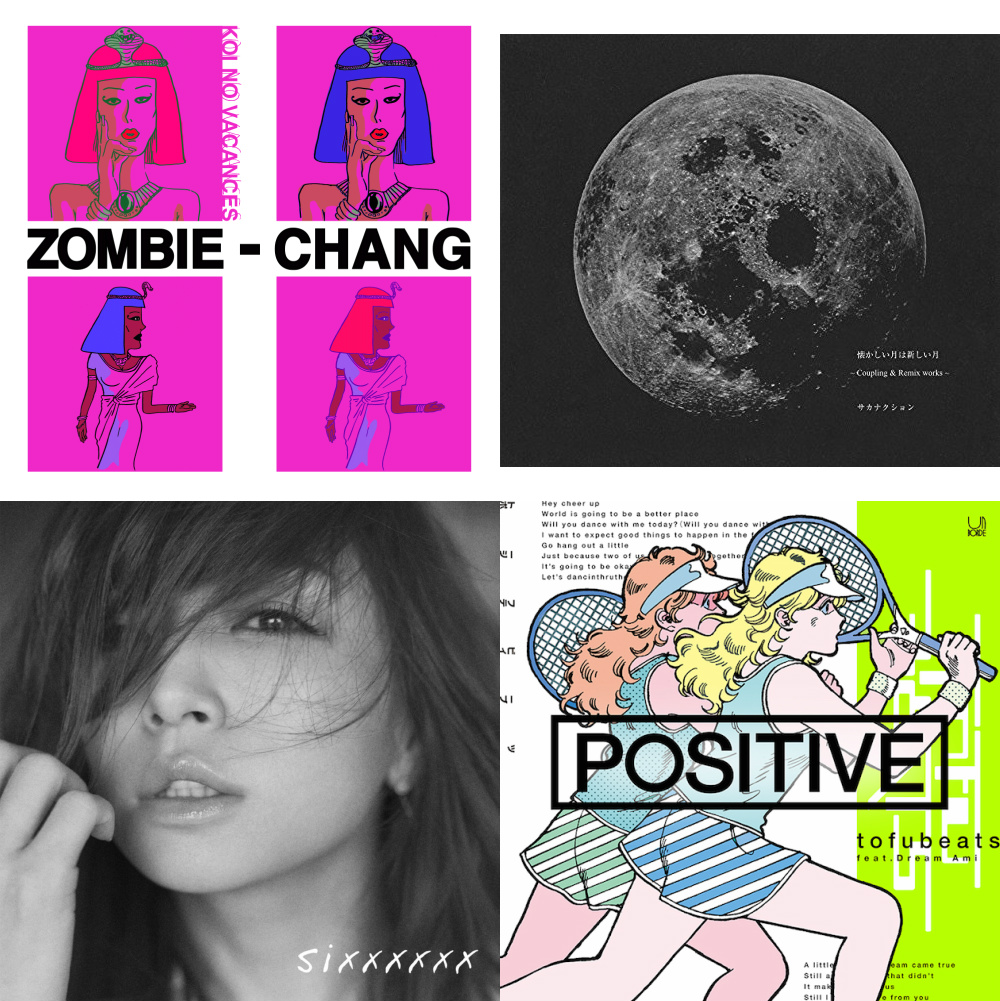 Hello Arama! Japan readers! We are back with our monthly wrap up feature. A few of the staff members have come together to share their faves for the month of August. Find out what the staff was loving this past month! Also feel free to post what you loved this past August in the comments!

The follow up to ZOMBIE-CHANG’s 2013 debut, “Atashi wa Nan Desu Ka”, is very different for her. It’s a lot more accessible of a record. The acoustic sounds and caterwauling have been replaced by an electronic sound and poppier vocals. A Japanese version of Grimes comes to mind when listening to this release. Both of the original songs, “Koi no Vacances” and “summer time” are great, while the remixes of them put a whole new spin on them.

Sakanaction was on a brief hiatus while bassist Ami Kusakari was pregnant. Now that she’s given birth, they’re back, and I couldn’t be happier to see one of my favorite acts back in action. This concept album combines the band’s old B-sides with some old and new remixes. The inclusion of the B-sides is a good way to remember some of their less covered songs, such as “years” and “Holy Dance.” These songs are great, because in typical Sakanaction fashion, they start off slow and then build into something much bigger. The remixes by the band’s members are really good. It makes me wonder why they don’t do them more, or do more production. The remixes by other people are good too. Two stand out in particular: Yoshinori Sunahara’s remix of “Light Dance” and qrion’s remix of “Sayonara wa Emotion.” The “Light Dance” remix has a really funky, 80s feel to it, while the “Sayonara wa Emotion” one ups the electronic sound and the melancholy.

I have a love / hate relationship with Ayumi Hamasaki. Even though she is one of my favorite Japanese acts, there are times when I really love her work, and times when I despise it. The past few years have been leaning more in the despise vein. Maybe that’s too strong of a word… I guess you could say, she does something noteworthy every so often now. Most of her stuff now is just… there. She doesn’t know if she wants to progress her sound, or just stick with the same old stuff. “sixxxxxx” is a mix of these 2 states. I’m just going to focus on the parts of this that I like, because I really do like them. The standout track is “Sayonara”, which features the Taiwanese boyband SpeXial. It’s a dance song, but a sad one. DAISHI DANCE did a great job at taking what would be a typical Ayu ballad, and making it into a dance song. It’s a fresher sound for her, one that makes her sound more current, while keeping some Ayu traditions. “Summer diary” is also an enjoyable song. It’s very much an Ayu summer song of the past, but it makes me feel nostalgic as opposed to just wishing she’d progress.

tofubeats is one of the interesting new acts to emerge on the scene these past few years. Even though Ami’s voice annoys me at times, I really like this song. It’s a really happy song, something I’m not normally into, but I like this one for some reason. It gives me a warm, nostalgic feel. tofubeats released a demo of this song where he is doing the vocal and I can’t decide which one I like more.

THE OTOGIBANASHI’S are an interesting group. They are definitely more on the alternative side of the hip hop scene, but then they also remind me quite a bit of old school hip hop. They are an act that I’ve been on the lookout for since their debut album, “TOY BOX”, in 2013. “BUSINESS CLASS” is their 2nd album and it definitely didn’t disappoint. If anything, they’ve really grown since “TOY BOX.” The production on this is great, as are the flows.