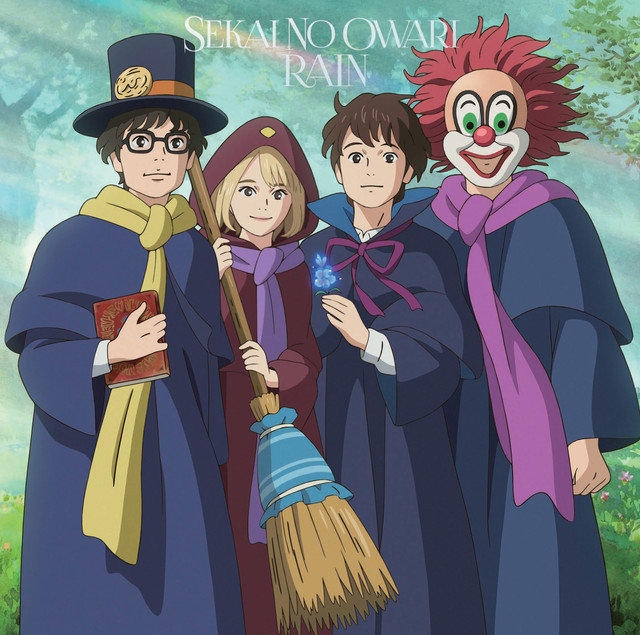 It has been revealed that SEKAI NO OWARI have provided their song “RAIN” as the theme song for ex-Studio Ghibli director Hiromasa Yonebayashi‘s new anime feature film “Mary and The Witch’s Flower.“

The anime film is based on British novelist Mary Stewart’s children novel “The Little Broomstick” published in 1971.

The studio was established by ex-Ghibli producer Yoshiaki Nishimura on April 15, 2015. He served as the producer for Isao Takahata’s The “Tale of the Princess Kaguya” and Yonebayashi’s “When Marnie Was There“, and left Ghibli along with Yonebayashi in the end of 2014.

Many ex-Ghibli creators and staff have joined the studio for the production of “Mary and The Witch’s Flower.” When launching the project, Nishimura persuaded Yonebayashi to direct the film by saying, “Let’s make the 21st century edition of “Kiki’s Delivery Service”!“

Hear a snippet of it below in the latest official Trailer:

Studio Ponto’s theatrical debut film “Mary and The Witch’s Flower” will be released in Japan on July 8, 2017, distributed by Toho.