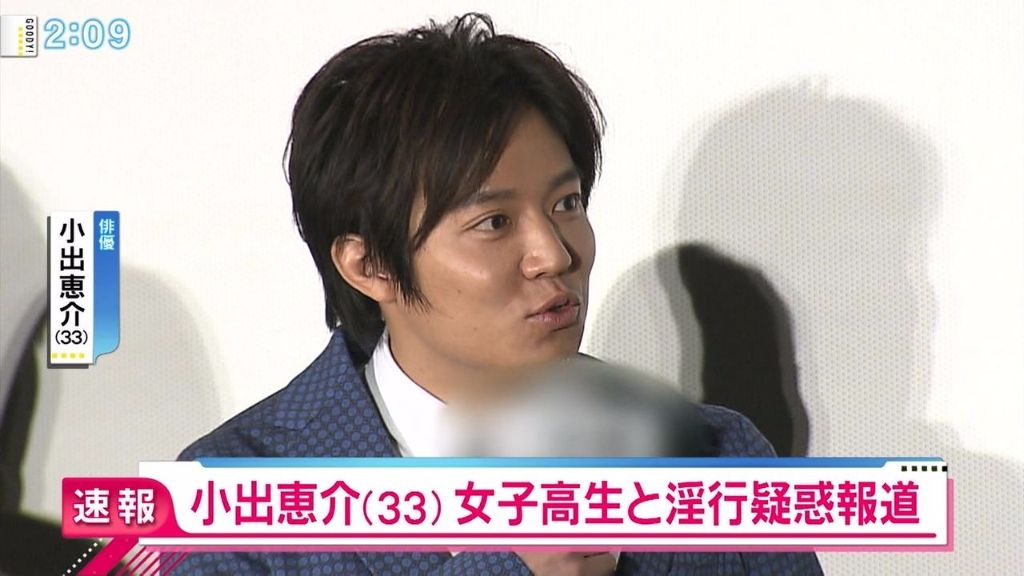 According to Oricon’s account of the announcement, an article in the upcoming issue of Friday reports that Koide allegedly drank and had an “improper relationship” with a 17-year-old girl in early May during the shooting of a drama in Osaka.  After confirming the validity of the report with Koide himself, Amuse announced on Thursday that Koide will be going on indefinite hiatus.

They reportedly had unprotected sex multiple times, even when she said she did not want to continue because it was painful.

In consideration to the weight of the situation, Amuse has decided to suspend his activities indefinitely and continue to consult all concerned parties

NHK announced that it is cancelling the release of “Kamisama kara Hito Koto – Naniwa Okyakusama Soudanshitsu Monogatari“, set to air on June 10th of which stars Koide. He has also been dismissed from upcoming NTV drama “Aishitetatte, Himitsu wa Aru,” including being removed from the website.

Additionally, there are reports that the fate of upcoming Netflix drama “Jimmy – The True Story of a True Idiot” and Toshio Lee’s comedy “Ie ni Karen to Tsuma ga Kanarazu Shinda Furi wo Shite Imasu,” which has just finished production in the spring for a 2018 release, are also being discussed.

Amuse has released a statement from Koide:

First of all, due to my careless actions and causing a great deal of trouble for all involved parties, I would like to express my sincere, heartfelt apologies for all the trouble I may have caused.

Above all else, sympathizing with the other person involved, I am truly sorry.

To everyone I’ve worked with, all the staff who have been involved in all the projects I’ve appeared in so far, my fans who support me: I feel an immeasurable amount of guilt.

From now on, I will take every criticism and punishment seriously and take responsibility for myself.

As an adult, I’m aware of my poor actions. I was overly indulgent and there is no room for excuses.

Once again, at this time, I apologize for any inconveniences I may have caused.