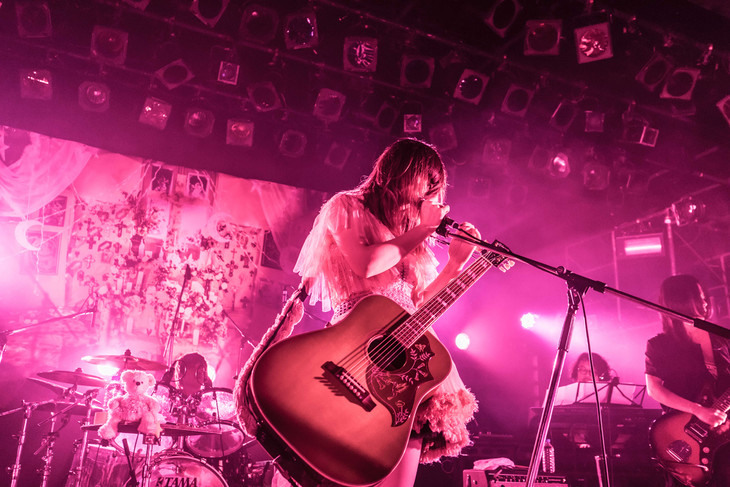 Hot on the heels of her stunning album kitixxxgaia, Seiko Oomori has taken no time to pause and has already announces her follow-up. Two in-fact.  Firstly, we will get a brand new single on August 9 entitled “draw(A)drow“. This will be composed and produced by TK from ling tosite sogure, who also handles guitar duty. Other backers include Pierre Nakano on drums and Kentaro Nakao on bass. Seiko will be handling vocal and lyrics (to which she claims are the most personal she has ever written).

Following that, in September (around the time of her 30th birthday), fans will be treated to a brand new album of fully re-recorded, acoustic versions of her hits. Read on for a little more information!

The main single “draw(A)drow” will be comprised of the A-side and two extra tracks, and will come in two versions, CD only and CD+DVD. The DVD will contain music videos. Different retailers will have different benefits, but at the time of writing this, details are still vague. It will be released via avex trax, the CD+DVD set to retail at 2300 yen and the CD at 1000 yen.

The acoustic album is at the current time untitled but Arama! will sure to report as further details emerge!

Meanwhile, take a trip down memory lane and watch her video for Mahou Ga Tsukaenai Nara Shintai from the 2013 album of the same name.