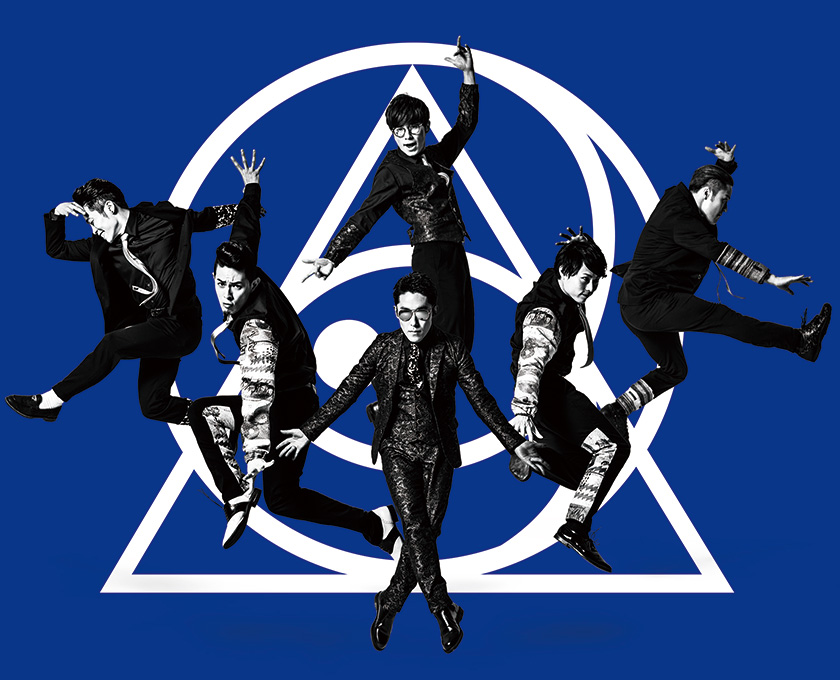 RADIO FISH’s “PERFECT HUMAN” is one of the big hits of the year, having sold over 250,000 copies digitally so far. When the song was released, some noticed its similarity to PSY’s 2012 worldwide hit “Gangnam Style.” The PSY comparisons have reared their head again with the release of their new single, “GOLDEN TOWER.”

On Friday, RADIO FISH performed “GOLDEN TOWER” on Music Station, garnering much attention and sending the song shooting up the digital charts (at the time of writing, it’s #2 on Recochoku and #4 on iTunes). It has been noted though that the song bears a resemblance to PSY’s 2015 song, “Daddy.”

“PERFECT HUMAN” may be be a copy, but is “Gangnam Style” original itself? When discussing the RADIO FISH song earlier this year, a Japanese music journalist raised the question. He noted that the origin of PSY’s song lies in LMFAO’s 2009 hit “Shots.”

He further said it was paranoid to think of “Gangnam Style” as the genesis of “PERFECT HUMAN” because Japan has a history with black music and comedy music, going back to Kawakami Otojiro’s “Oppekepe Bushi” from the Meiji Period (1868–1912).

Since ancient times, things have come into Japan and been altered to fit Japanese taste. Could “Gangnam Style” have been one of them, resulting in “PERFECT HUMAN?” If anything, the song took EDM, a genre which has had trouble breaking into the Japanese mainstream, and made it public-friendly.

This was not the case with “Gangnam Style.” Even though the song was a hit worldwide in 2012, it didn’t make much noise in Japan. The song had a negative response when it first debuted in Japan in July of that year. The negative response caused PSY’s Japanese label, YGEX, to cancel a planned Japanese remake of the song, titled “Roppongi Style.” But why was it not a hit? It could’ve been because of diplomatic tensions between Japan and South Korea at the time, which affected the consumption of Korean content in Japan in general at the time, or it could’ve been because PSY wasn’t the typical KPop star (he’s ugly, fat, and old).

Which brings us to the new RADIO FISH single, “GOLDEN TOWER”, and the new ripoff accusations. First, there’s the song’s hook: “Let’s start a CRAZY PARTY.” It follows the same melody as the hook of PSY’s “Daddy”: “I got it from my daddy.” But even this hook isn’t original. “Daddy” borrows heavily from will.i.am’s 2007 song, “I Got It from My Mama.”

There’s also the fact that both songs use female vocals. RADIO FISH brought in Mirei Toyama, while PSY brought in CL of 2NE1 (probably as a means to get her US career going, but nobody was really checking for “Daddy” here, hence it peaking at #97).

In the era of global music, internet, and social media, songs spread faster than ever, allowing people to make comparisons faster than ever. But with so much music being released today, isn’t it inevitable that some songs will sound alike? Is this the case of RADIO FISH and PSY? Or is RADIO FISH making answer songs to PSY, parodying him, or ripping him off?

Since PSY has gone global, does this mean that RADIO FISH can too? The answer is “no” most likely. When it comes to EDM, Japan is behind South Korea. Japan is 3 years late in getting on the EDM bandwagon. This sound is tired overseas now, so the song’s chances of becoming an international viral sensation are slim. The fact that it took so long for this sound to become popular in Japan shows how closed off Japan is to the rest of the world. There is a lack of ingenuity here, in an era when so many are using technology to innovate.