As reported, Kou Shibasaki has landed the leading role in the 2017 NHK Taiga drama “Onna Joshu Naotora“. For any actor having the lead role in NHK’s production in their resume is a feat to be proud of – in Shibasaki‘s case it’s also important to mention that it’s still rare that women are made front figures in Taigas. However recently mass media in Japan started gossiping that perhaps the role of Ii Naotora was written for a different actress – Anne.

On 11th July, actor Ken Watanabe, who is Anne‘s father, was a guest on the talk-show “Tetsuko no Heya“. He revealed that Anne, who just gave birth to twins, came to him seeking advice a year or two ago.

“I have been made an offer for a very big project, but since I’m getting married I would like to have children. I don’t know if I should make such a long term commitment if I’m planning to have a baby.”

Reporters from News Post Seven have consulted NHK’s representative: “We were quite troubled with what Ken-san said. Anyone in the business can quickly associate the “long project” with Taiga drama. It might be possible that the audience will understand that we have chosen Shibasaki-san as replacement after Anne-san turned the offer down”.

In fact, due to the scale of the project, filming of Taiga starts in summer the year before air date. The preparations take about 2 years. From time perspective  it is possible that Anne was considering the offer for “Onna Joshu Naotora“.

Another important point is that the producer Yukie Okamoto and screenwriter Yoshiko Morishita have already worked with Anne on the set of asadora “Gochisousan“. It is possible that the ladies were planning to repeat their viewership success in the same team.

On the official conference Kou Shibasaki said that she didn’t hesitate at all if she should accept the offer, even though she was not familiar with the historical figure at first. It would also be her first participation in any NHK production and first time to appear in Taiga. 2017 will mark her 20th anniversary in show business and a lead role of such grandness might be a good way to celebrate it. Kou has proven she can act royal and blends perfectly in jidaigeki theme in “Ooku” or “Nobunaga Concerto“.

Anne, who is famous for having a soft spot for Japanese history, played Masako Hojo in Taiga “Taira no Kiyomori” in 2012. 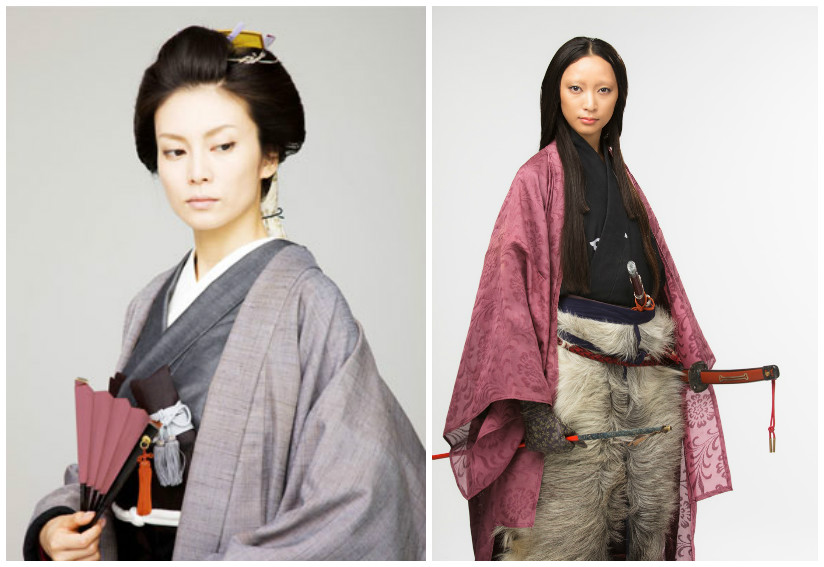 So ARAMA, who would you prefer to visit yout TVs on Sunday evenings in 2017?  Will Kou Shibasaki carry the show or was Anne a better candidate?