Overall this is the groups 66th single, but only the second single released under the name “Morning Musume ’18”. Five versions will be available for purchase, three limited edition DVDs and two regular editions.

A special “SP” version will also be released containing dance shot versions of both MVs.

The covers may give fans a hint for what the videos will look like. In the visuals for “Furari Ginza” the girls are dressed in colorful “mod” outfits, a style that rose to prominence in the 60s. “Jiyuu na Kuni Dakara” depicts the girls wearing high-school uniforms, a brown blazer paired with a striped skirt. 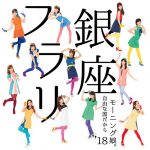 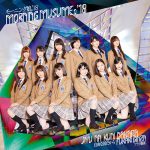 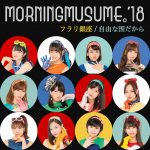 “Furari Ginza / Jiyuu na Kuni Dakara” will be released on October 24th, 2018. It will be the last single for the groups sub-leader Haruna Iikubo.