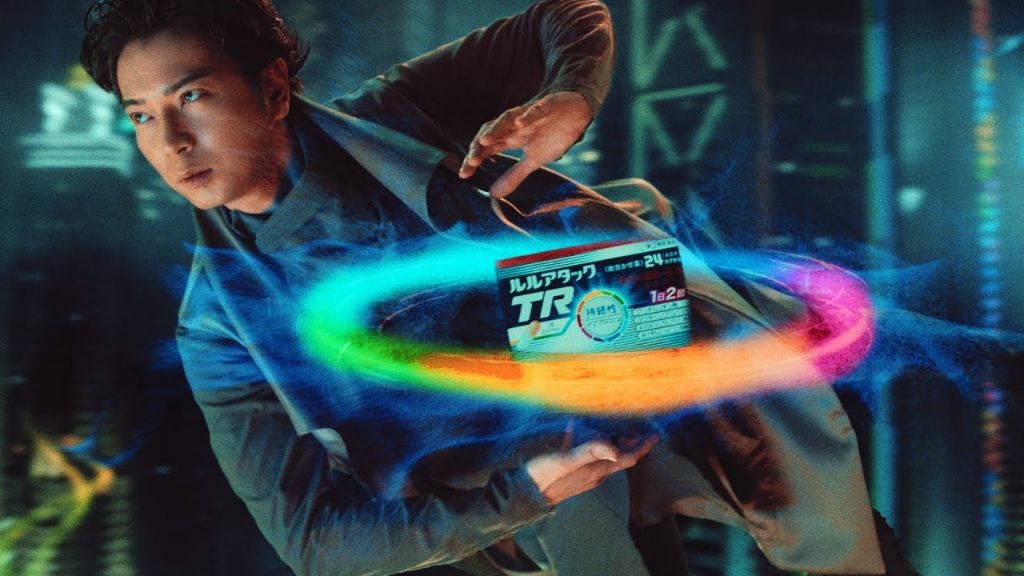 “Lulu Attack EX” is a drug used to help prevent colds, or treat them if you already caught it. It has many anti-inflammatory ingredients which are especially effective when dealing with sore throats, fevers, and heavy coughing.

In the CM Matsumoto wants to save the world from colds! He basically plays the role of a superhero who helps cure sick civilians using his “special powers”. Matsumoto revealed in a press conference that he did all of his own stunts for the commercial.

He was required to be suspended over 6 meters in the air via a wire harness, and run across a wall. Matsumoto had a bit of difficulty perfecting the “5 turn”, but everything turned out okay in the end. When seeing the commercial for the first time Matsumoto exclaimed “I’m cool!” causing the press to burst out in laughter.

With more chilly weather approaching fast Matsumoto was also asked his favorite remedies for treating a cold, he revealed that taking a long hot bath and ingesting a ton of honey are his favorite methods.

The CM will begin to air nationwide all across Japan beginning on September 29th. Check out both versions below!