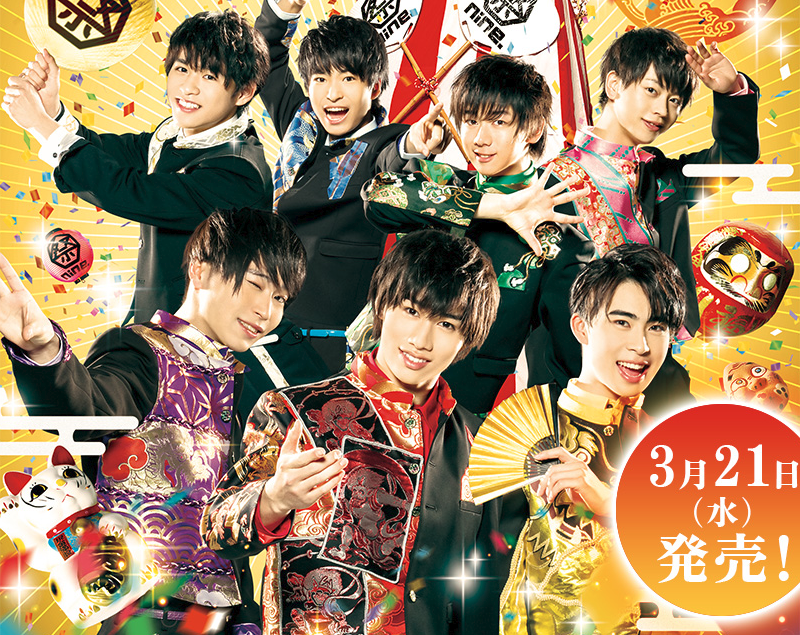 Boy band MATSURI nine are still newcomers to the music scene. Last year in August they made their major label debut with the single Aa, Yume Mikoshi . The boys are back for their very first release of 2018, their 2nd single Hare Hare Carnival.

MATSURI nine has seven members in total with each of them having their own official color. They were created by the agency FORTUNE ENTERTAINMENT, who is most known for their boy band BOYS AND MEN. The groups major selling point is their energetic live performances which showcase their aggressive vocals and choreography which regularly incorporates acrobatics.

Hare Hare Carnival is an upbeat song, an ode to Japan’s numerous Summer festivals. The MV itself takes inspiration from that too, the set is adorned with food stands and paper lanterns. Throughout the video, the scenes suddenly change to the boys in ancient Japan where they’re all sporting traditional garb with a classicchonmage hairstyle.

The single will be released in four versions, one CD+DVD and three CD only versions. While tracklist and covers aren’t confirmed yet, each version is expected to have their own new b-side. The DVD content will feature the full video along with making-of footage.

Watch the short version of Hare Hare Carnival below!