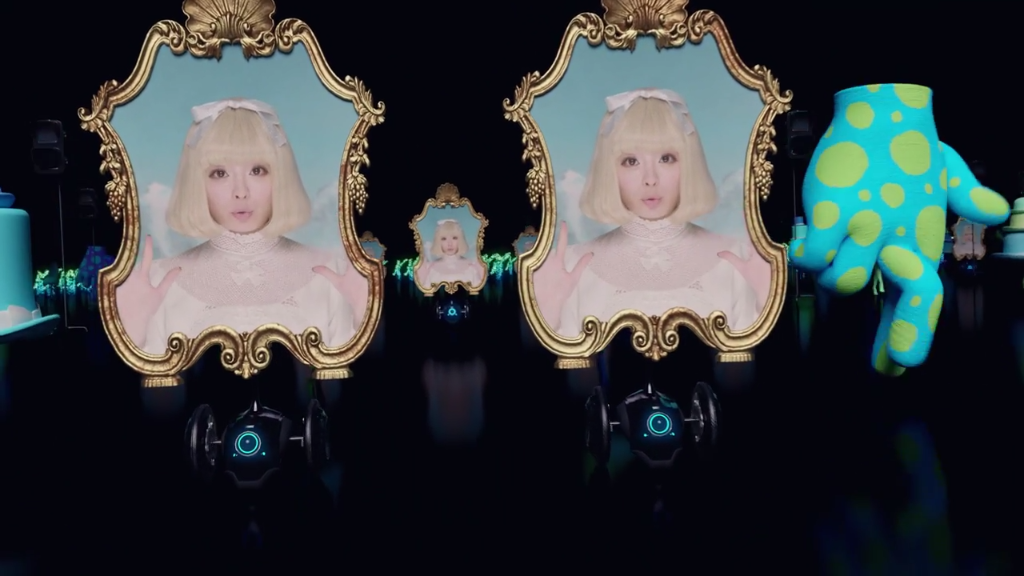 The PV starts off as a parade lead by inanimate objects brought to life, such as giant hands, hats, and shoes followed by mini segways carrying portraits of Kyary. All this leads to a cute dance routine with clones of herself and wooden tree-like creatures. Nothing out of the ordinary here!

Check out the full video for “Harajuku Iyahoi” below