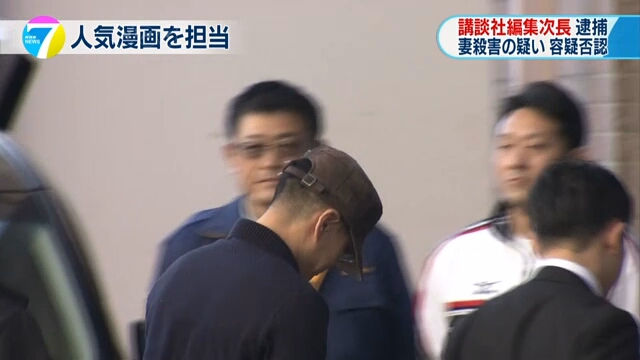 Tokyo police have arrested Pak Jong-hyon (41), editor of Kodansha Ltd. this Tuesday for allegedly killing his 38-year-old wife back in August.

According to the sources, the murder happened in their house on the morning of August 9th. At 2:35 AM, Pak called medical services claiming he had found his wife unconscious on the floor near the stairs. Originally, Pak told the police his wife had an accident falling down the stairs, though he later changed his version saying she had hanged herself, declaring they had had a dispute regarding child rearing. Nevertheless, no motive to kill herself was found by the police. Additionaly, surveillance video didn’t show any person breaking into the house. The only wound found in the corspe were abrassions on her head. Autopsy reports indicated strangulation as the cause of her death.

Given the suspect’s various versions, the situation of the scene and the contradictions between the statements given by the couple’s children, present in the house when their mother died, police decided to arrest Pak on suspicion of murder. However, the suspect denies the charge.