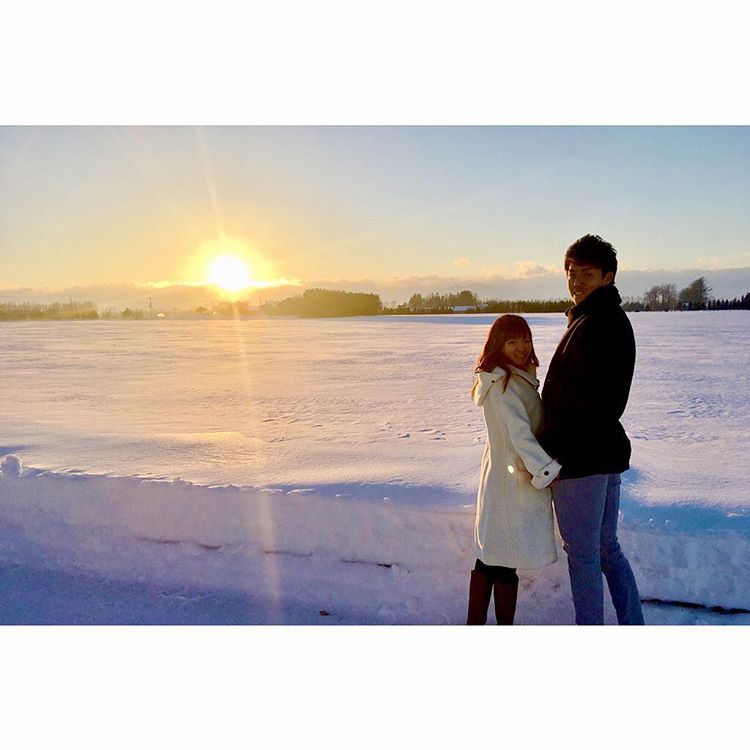 Asami Konno, TV personality and former Morning Musume member, has announced happy news to her fans via her instagram. Just a few hours ago Asami uploaded two photos to the site of her and Tokyo Yakult Swallows pitcher Toshihiro Sugiura to announced that the two are now husband and wife!

Both from the northern island of Hokkaido, Asami and Toshihiro decided to complete the registry in the groom’s hometown of Obihiro on January 1st. Asami also posted a note for thanks to her father-in-law for taking pictures of the two in the snow and cold.

Arama!Japan sends our congratulations to the new couple!